SF Cell Phones Will Come With Radiation Labeling—But No Interpretation 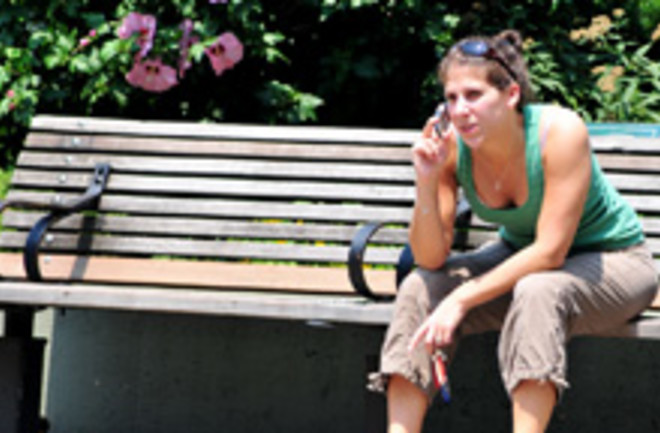 After a 10-to-1 vote in the Board of Supervisors, San Francisco stands poised to force cellphone makers to display the level of radiation their phones emit next the phone's display in a store. It would become the first American city to do so. The mayor, Gavin Newsom, supported the measure and will probably sign it into law. If he does, the rules will be phased in February next year, and violators who don't provide the information will be charged up to $300. Predictably, the move is lauded as progressive and pro-consumer if you ask supporters and cast as a misleading ordinance if you ask the Cellular Telecommunications and Internet Association. But what does it actually mean? The number in question is called the specific absorption rate, or SAR. It's a measure of how much of the phone's radio frequency energy gets absorbed into a person's tissue. Although no clear picture has emerged of what effects cell phone radiation has on health (though there are plenty of interesting and contradictory studies), there are already legal upper limits for the SAR of phones. Here in the United States, the Federal Communications Commission is responsible for testing those levels and won't allow anything higher than 1.6 watts per kilogram of body weight. In Europe the cap's a little higher—2 watts per kg. The SAR for phones is already accessible. It's just harder to get than it would be under the San Francisco rules. In its briefing on cellphones and health, the American Cancer Society notes that the number is available inside the battery compartment for many phones. If it's not there, and you want to know, you can enter your phone's FCC identification number on that organization's Web site. Just last month CNET published a database of which phones are the best and the worst when it comes to radiation... but made sure to say that "the jury is still out" on health effects. But soon, if you live in San Francisco, the number could be staring you in the face. So should you buy a Samsung phone with an ultra-low SAR rather than a Motorola with a higher one, even if you like the Motorola better? While the weight of evidence hasn't shown any connections between cellphones and cancer or other ill health effects, it could be a tough decision for some people. That's probably part of the reason the industry opposes such rules: It'd be better for them if you buy with your gadget lust and not your brain. However, cellphone makers are correct in a couple of things: First, CNET's top-rated and lowest rated phones both are within the FCC's limits, and so both "meet exposure guidelines." Second, SAR isn't the only number that matters. For instance, phones emit more radiation when they're searching for a signal—something to take into consideration if you live far from towers. And, of course, the duration you use a phone has a lot to do with how much radiation your body takes in. Related Content: NCBI ROFL: OMG! ur cell phone is mkng u impotent 80beats: Surprise! Study Suggests Cell Phone Use Could Actually Fight Alzheimer's 80beats: Can You Fear Me Now? Cell Phone Use Not Linked to Brain Cancer 80beats: Cancer Doctor Issues Warning About Cell Phones, And Causes Panic 80beats: Will California Be the First State to Ban the Plastic Shopping Bag?