Separated at the Cloning Lab: Vint Cerf and Sigmund Freud

One is a father of the Internet. The other is the father of psychoanalysis. They both rocked shiny-bald heads, classy three-piece gray suits, and full, lovingly manicured, white-gray beards. They were born nearly a century apart, but the similarities are simply too striking to overlook. Clearly, Sigmund Freud and Vint Cerf were created in a cloning lab, in what may well have been an experiment run by the Nobel-bestowing Royal Swedish Academy of Sciences to create super-smart scientists with a penchant for fine haberdashery. Is it not obvious to everyone upon looking at photographic evidence? 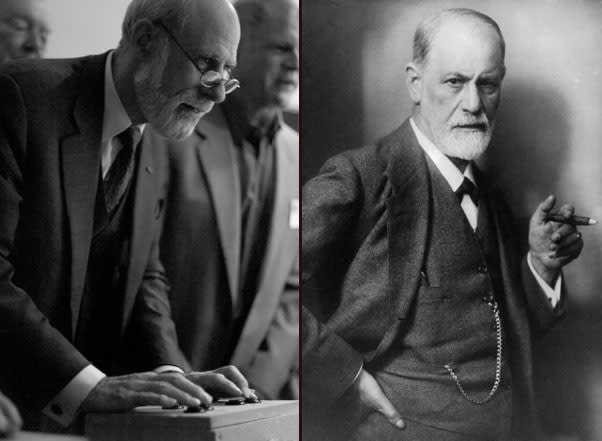 If you have any leads about other scientists, engineers, or doctors who were separated in the cloning lab, let us know in the comments, @DiscoverMag, or at azeeberg <at> discovermagazine <dot> com.