Self-Healing Planes Fix Themselves in Mid-Flight 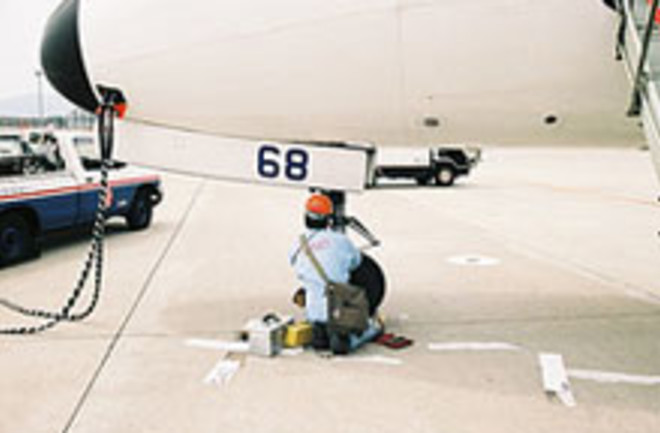 When you get a cut on your arm, blood will clot around it to stop the bleeding. British engineers have borrowed that natural defense and adapted it for another purpose – fixing planes while they're still in the air. Airplanes get little cracks or holes not only from impacts, like an unfriendly meeting with a stone or a bird, but also from simple wear and tear. Many are too small for the naked eye to see. So a team led by Ian Bond at Bristol University in the U.K. mimicked the way human bodies protect themselves in an attempt to create a self-healing plane. They took a kind of glue made from epoxy resin and embedded tubes of it inside fiber-reinforced polymers, building materials that can be used in many parts of a plane’s body. The tubes are like blood vessels – when the plane gets punctured, the resin oozes out, hardens, and patches the hole. The self-fix is only 80 to 90 percent as strong as the original, so in some cases mechanics might want to replace the piece of metal rather than fly with a patch. The Bristol engineers dyed the resin with a pigment that shows up only under ultraviolet light. If they need to know whether the plane healed itself, they turn on the black lights, find the holes and perform a more permanent fix.