See How They See

Researchers restore vision in mice for the first time. 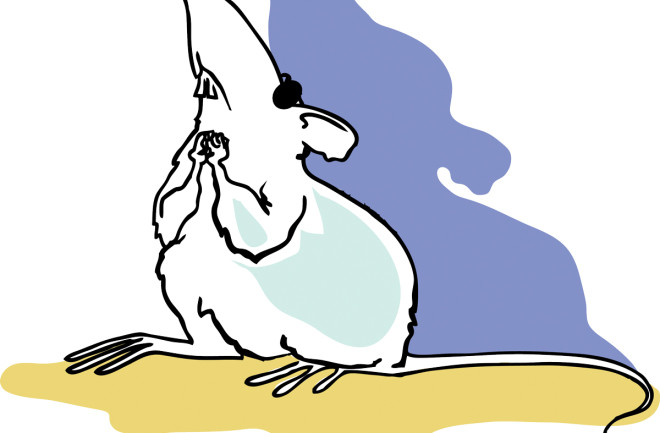 Those three blind mice from the nursery rhyme might have a chance to see the farmer’s wife coming after all.

For the first time, vision has been partially restored in blinded mice. The feat raises hopes that similar techniques might restore nerve-cell function not only in the human eye, but also in the spine and brain.

The study coupled gene therapy that excited visual neurons in the eyes with stimulation — a swirling black-and-white grid placed in front of the mice. The combination prompted the regrowth of axons — the “telephone wires” that help neurons communicate — projecting from retinal ganglion cells (RGCs). These cells line the eye’s inner surface, sending visual information to the brain. Some RGC axons grew all the way back to the brain’s visual-processing areas. And investigators could tell from the mice’s behavior that their vision had returned, even if not perfectly.

The study, published in Nature Neuroscience in August, builds on recent research where neuroscientists got RGC axons to regrow only slightly. This is the first time the regenerated cells have made it back to the central nervous system, says John Dowling, a Harvard University neuroscientist not involved in the work.

“We’re inspiring these neurons, in the molecular sense, to navigate their way back to their correct location in the brain,” says Andrew Huberman, the Stanford University neurobiologist who led the study. “It’s like a dog that never forgets its way home.”