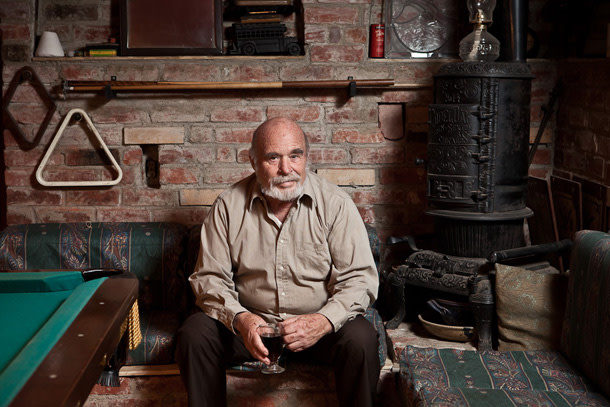 I met photographer David Friedman when he came in to show his fascinating inventor-portraits project. The inventors Friedman has photographed run the gamut, from a woman who designed an easy to thread needle to a Nobel-Prize-winning DNA scientist. Perhaps the most startling of them all was Donald Scruggs invention, the screw-in coffin. Friedman says,

"I photographed Donald Scruggs as part of my ongoing project capturing the lives of inventors from all walks of life. After a life-long career in engineering, and having his name on several patents related to specialized vehicles and tanks, this was the first patent that Donald wrote and illustrated himself from scratch. He was inspired by a conversation in which a friend commented on the unfortunate need to remove so much dirt from the ground just to bury someone. So Donald came up with the screw-in coffin to reduce that need, while also maximizing the number of people who can be buried in a given space. His design allows for the coffin to be interred manually, or with a specialized machine, and considers the density of the ground for various interment methods. The patent has been granted, but the coffin still only exists as a design concept.

Scruggs is currently engineering prototypes that can withstand the torsion involved without breaking and without being too heavy or expensive. For the more eccentric, he says, "you could have one made out of clear resin, with you in the middle of it, and you could practically wave goodbye to everyone as you're being screwed into the ground. But that's probably an option for rock stars." 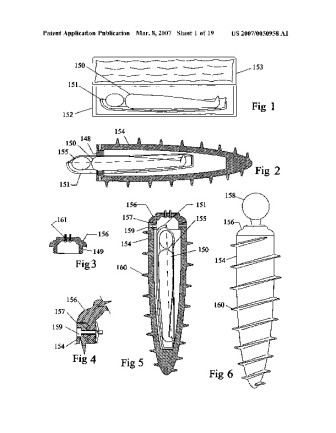 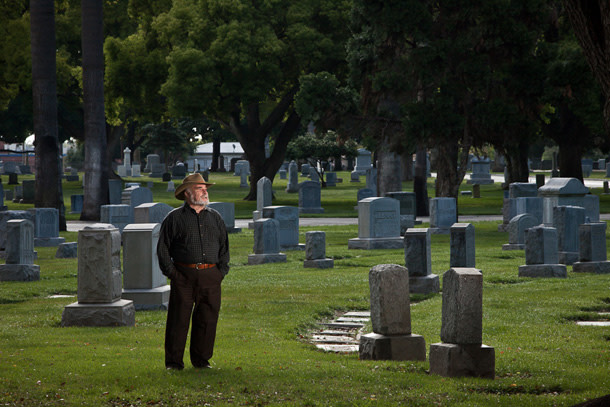 Donald Scruggs at a cemetery near his home in Chino, California, April 2010 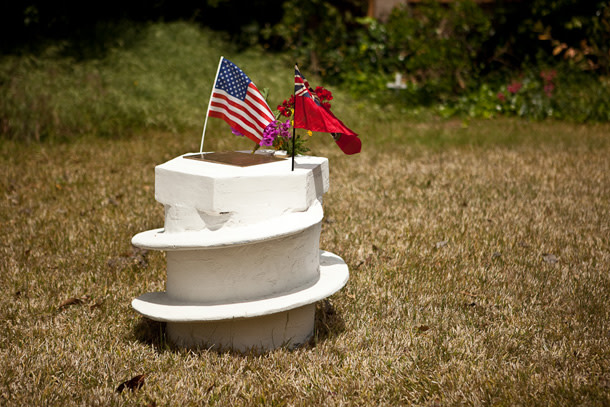