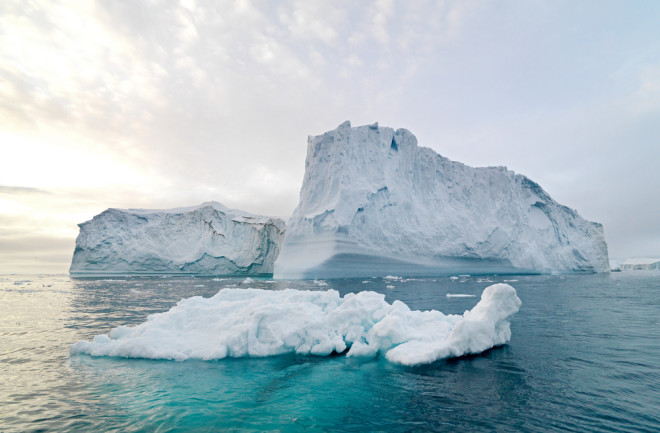 (Credit: Shuttershock) With the help of underwater drones, scientists found that the Antarctic sea ice is thicker than we initially thought. While that doesn’t mean all is well with Antarctica’s sea ice in the face of a changing climate, it does shed more light on the complex processes shaping the fate of our planet’s southern ice. While Arctic sea ice is fairly well mapped and modeled―thanks in part to United States and British submarines that have reported on ice thickness in the region since the 1980s―the information on the Antarctic ice pack remains pretty sparse. “The polar regions remain some of the least explored parts of the planet’s oceans, despite their central role in understanding climatic processes and change,” wrote Hanumant Singh, an engineer whose research focuses on underwater vehicles, and his colleagues in the journal Science Robotics. Satellites have mapped the extent of sea ice at both poles for decades, but it’s difficult to measure the thickness of the ice from those remote images. While several research expeditions have drilled holes into the floating ice to get more direct measurements, Singh claims that drilling teams and icebreaking ships often avoid the thickest ice. Why? Because it’s harder to break. And this means reports may give the impression that Antarctica’s sea ice is thinner than it really is. During two recent research expeditions, SeaBed autonomous underwater vehicles (AUVs) gathered data of ice floes using sonar. Using that data, researchers created 10 3D maps that show Antarctic ice is actually thicker than we thought. “This is the most comprehensive and the only high-resolution 3D view of Antarctic sea-ice morphology to date,” wrote Singh and his colleagues.

Most AUVs working under the ice are large, torpedo-shaped vehicles. In contrast, the SeaBed AUVs are smaller, with a double hull, similar to an underwater catamaran. SeaBeds were designed to swim close to the seafloor and map its terrain with sonar. Singh said these smaller vehicles are perfect for working under tightly packed, constantly moving sea ice. For one thing, they’re easier to deploy for under-ice mapping missions — those usually require dropping a vehicle into the water through a relatively small gap in the ice pack and then retrieving it through the same hole. And because the dual-hulled body of the SeaBed is so stable, adjusting its sensors to point at the ice instead of the sea floor is easy. The sensor suite itself is pretty impressive, especially for such a compact vehicle. Each AUV carries a high-resolution multi-beam sonar, state of the art cameras, and instruments for measuring water temperature, salinity, and depth. The SeaBed finds its way under the ice with a gyroscope designed to pinpoint true north, even when it’s working at polar latitudes that tend to confuse most compasses.

AUVs in the Poles

“We have conducted a dozen research expeditions to polar regions in the last decade,” wrote Singh. In the waters surrounding the North Pole, his team has sent AUVs almost 2.5 miles deep, where they’ve helped map the geology of a tectonic plate boundary between Greenland and Siberia, investigate the margins of the Arctic ice pack, and search for signs of oil spills in water hidden beneath the ice. Much further south, Singh’s team has used its small drones to keep an eye on invasive crab populations along the coast of the Western Antarctic Peninsula. But Singh is especially interested in the sea ice that surrounds the Antarctic coast. Climate scientists and oceanographers are still trying to understand why the eastern Antarctic ice pack keeps expanding, although not enough to make up for the rapid loss of ice in the Arctic Ocean. More detailed maps of the sea ice will help researchers figure out the answer. Singh and his team want to build a new generation of AUVs, designed specifically to operate under the Antarctic ice. Although we don't know the specifications for the new AUVs or when the first models will deploy, the researchers want to map wider swaths of the ice on each pass. According to the paper, there's a 62 mile swath that's at the perfect scale for researchers to correlate the AUV maps with satellite data. “Recent advances in AUV technology have opened the underside of the sea ice to mapping in unprecedented detail, especially in the Antarctic,” wrote Singh and his colleagues.