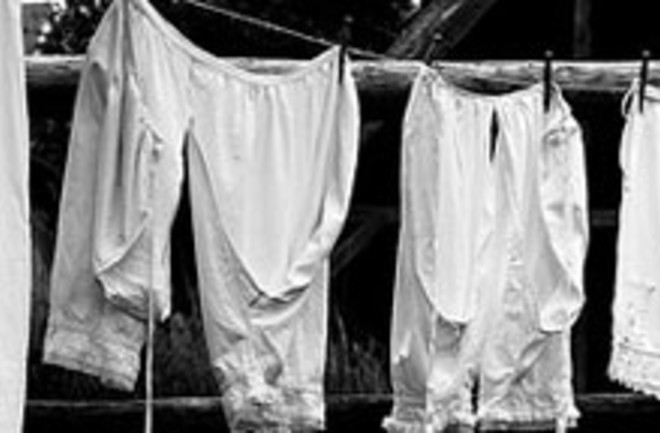 If you think changing your underwear day after day gets tedious, try doing it while orbiting the Earth. What better opportunity is there, then, to test a new type of undies that are anti-odor, anti-bacterial and water-absorbent—and that allowed an astronaut on the shuttle Endeavour to wear the same pair for a month straight. Koichi Wakata, who was in orbit for four-and-a-half months, also tested socks, pants, and shirts that use the same technology. The AP reports:

NASA's space station program manager, Mike Suffredini, stressed the importance of testing new products, especially those aimed at improving astronauts' quality of life. There's no way to wash clothes in space. Station residents simply ditch dirty outfits, along with other garbage, in cargo ships no longer needed that are sent plunging in flames through the atmosphere.

Scientists say they are excited to examine Wakata's high-tech underthings to see how well they worked. For their sake, let's hope that the undies are, in fact, as odor-resistant as the manufacturers claim. Related Content Discoblog: “Handerpants” Claim to Promote Good Hand Health Discoblog: Cooking in Space: Slow, Mediocre, and Dangerous Discoblog: What Happens to Your Underwear in Space?