Scientists Create Matter From Light. Next Up, Lightsabers? 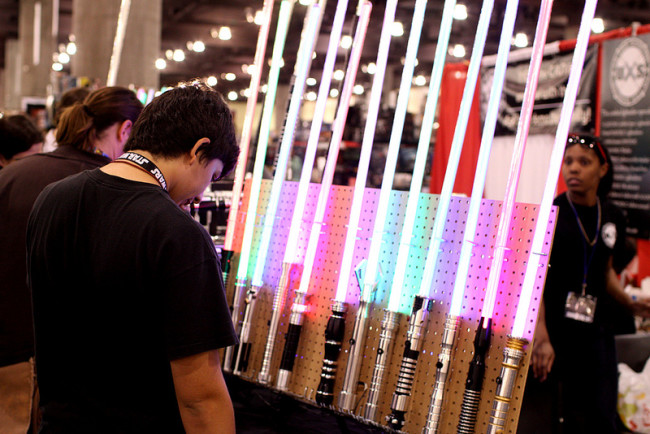 Brace yourselves: Scientists have created matter made from light

. The new form of matter was just a simple molecule, made up of two photons (the particles of light), but — holy crap, they made a molecule out of photons! This is very cool, but according

, it also means scientists created lightsabers the other day. Alas, we’re not quite there yet. But for once, it’s not the media’s fault — the Star Wars talk started with Harvard physicist Mikhail Lukin, who said in a press release

, “It's not an in-apt analogy to compare this to light sabers.”

What Lukin meant, though, was just that his team of Harvard and MIT physicists had created a form of light that can interact with itself. Normally, photons are massless particles that don’t interact with one another — as anyone who’s tried to recreate lightsaber duels with flashlights (or laser pointers), only to have them pass harmlessly through each other, knows all too well. 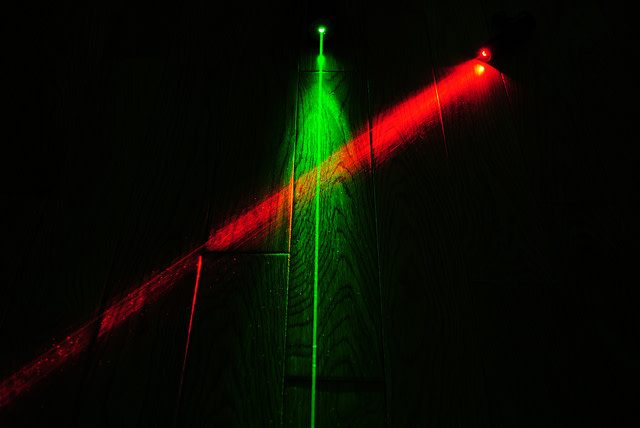 To create the long-sought light matter, the team shot two photons into a cloud of rubidium atoms just a few degrees above absolute zero. The two particles came out of the cloud bound together like a regular molecule. As Gizmodo puts it

In fact, what the scientists were witnessing is known as the Rydberg blockade. This rule states that atoms neighboring an atom that's been excited—say, by a passing photon—cannot be excited to the same degree as the initial atom. When multiple photons pass through a cloud of atoms, this creates a push-pull force between them, which is what binds the resultant molecule.

While lightsabers may be a long time off, this kind of light manipulation should make quantum computers more efficient and could even lead to the creation of all-light 3-D structures. (So, fans of Star Trek and its holodeck can join in the fun, too.) And Lukin uses the force for all the right reasons, according to the press release: “We do this for fun, and because we’re pushing the frontiers of science.” Top image by Gage Skidmore via Flickr/ Middle image by FastLizard4 via Flickr