Scientists Are Citing Patents for Things That Don’t Actually Exist

Are they prophetic? Or ... something else? 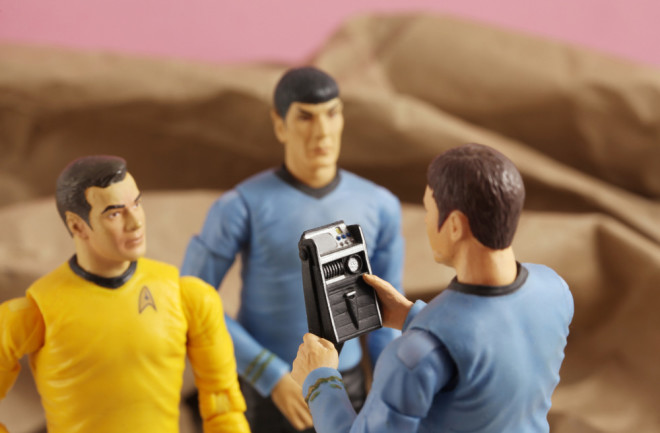 Let’s say I have an idea for a great invention one day — a series of pneumatic tubes that would shoot pods with people inside between cities at hundreds of miles an hour. My “Superloop” sounds like a sure-fire hit, but I don’t have the resources to pull the project off, and what’s more, the technology to build it isn’t actually there yet.

But I don’t want someone with more money to come along and snag the invention from me — I did do the hard work of having the idea, after all. If I lived anywhere else but the U.S., I might be out out of luck. But here, where bootstraps (even imaginary ones) are the upwardly mobile tool of choice, there’s a way to secure the rights to inventions and processes that don’t actually exist yet. It’s called a prophetic patent.

A prophetic patent looks superficially like a normal one. There’s an abstract, the names of the patent holders, a section listing what the device or process claims to do and perhaps some drawings to illustrate how it does it. The key difference is grammatical.

To patent something that hasn’t been actually invented yet, the authors must simply put everything in the present tense. Take, for example, a patent for a magnetically levitating train system from 1969, about a decade before the first commercial Maglev train came into operation.

“This system generates a suspension force, for floating the train above the ground and restoring and damping forces, for maintaining the traveling vehicle at an equilibrium position above the track bed stabilized against vertical, lateral, rotational and oscillatory displacements. The train is advanced along the track bed by propeller, jet, rocket or other suitable propulsion means.”

The key there is words like “generates” and “is advanced.” The patent is essentially writing science fiction, describing a hopeful future where this bright idea has come to fruition. Not all patents using the present tense are necessarily prophetic, but it is a good sign.

There are limits to how fantastical a patent holder can get, of course. I couldn’t simply patent “nuclear fusion” and then reap the benefits once scientists figure out how to do it. A patent application must be sufficiently detailed that an expert in the field could replicate the device or process based on the information inside. The requirement keeps most prophetic patents in line by requiring the author to base it largely on things that already exist.

And prophetic patents aren’t necessarily harmful. They allow people or companies without many resources to devote time and effort to developing a concept with some assurance that it won’t be taken from them. Of course if someone takes out a patent and then never completes the thing it’s for, it walls that invention off from the rest of the world. So not all good. The U.S. has historically been fairly lenient toward prophetic patents, though other countries have stricter rules regarding what can be patented.

Betrayed By the Patent Office

But prophetic patents could be causing mischief in another way, as two law professors from Fordham University School of Law and the Stanford Law School point out. Scientists will often cite patents in their work, using them to build a case for technologies or ideas, they say in an editorial in Science. But many don’t seem to recognize the difference between prophetic patents for things that don’t exist and patents for things that do. It could lead them to inadvertently suggest breakthroughs or technologies that simply aren’t possible, fooled by the weaselly wording of a patent application.

In a previous paper, one of the authors, Janet Freilich, of Fordham, estimated that nearly a quarter of patents related to biology and chemistry contained at least one example that was prophetic, i.e., imaginary. In all, 17 percent of examples from patents in these two fields were prophetic.

Looking at scientific papers that cited patents containing prophetic examples, she found that 99 of 100 failed to mention that the examples weren’t real inventions. In other words, they were citing fantasy.

We can cut the scientists some slack here. Many prophetic patents are written with exacting specificity, and mention details that seem legit. This example from the paper is from a real patent for a pain killer based on botulinum toxin.

“A 46-year-old woman presents with pain localized at the deltoid region due to an arthritic condition … Within 1 to 7 days after neurotoxin administration the patient’s pain is substantially alleviated. The duration of significant pain alleviation is from about 2 to about 6 months.”

Those diaristic details might result from an attempt to convince potential investors that a patented device actually exists in order to up the odds that they’ll bite, the researchers suggest. But it does a disservice to researchers who may depend on the technical details buried in patent applications to do their work.

To remedy the situation, they suggest simply adding a more noticeable warning to the top of prophetic patents. Doing so would tip off researchers to the fact that the things below are at least partly fictional while preserving the inventors’ ability to put their stamp on ideas before they’re actually finished.

In the meantime, I’ll be asking a certain billionaire whether he ever got around to patenting his pneumatic tube system.