How does Santa accomplish his miraculous feats? With some kick-ass gear. 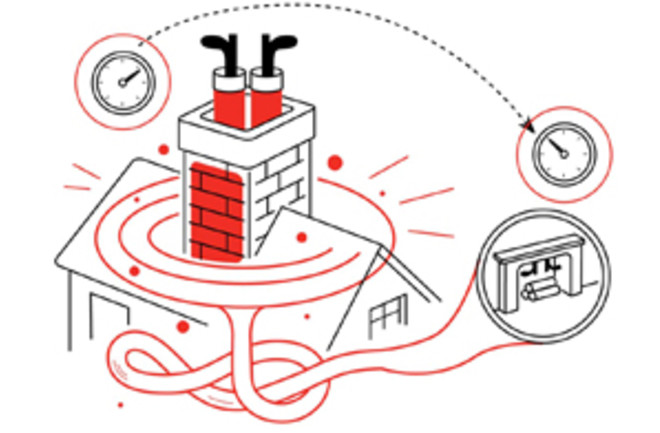 Santa Claus—according to song and legend, he's a man with quite a skill set. And that's what bothers kids when they start thinking about it. How does he know who's sleeping and who's awake? Exactly how does his workshop make enough toys for all the good children in the course of a year, and how does he deliver them all in a single night? And can anyone explain how such a rotund man can squeeze down all those chimneys?

It's just these kinds of doubting questions that have led kids to give up believing in Santa. But as Gregory Mone explains in his new book,

The Truth About Santa

(Bloomsbury USA), there are perfectly good answers to all those questions.

"The problem with kids today, and the reason they are so quick to give up believing, is that they lack the basic knowledge of the universe required for a true understanding of Santa," Mone writes. "As anyone with a decent grasp of physics, biology, and materials science understands, Santa's advertised abilities are perfectly plausible."

Mone pulls the curtains back on the high-tech gear that Santa uses to spread Christmas cheer throughout the land. Here we present our picks for Santa's five best tech innovations. For a more complete look at St. Nick's bag of tricks, you'll have to check out the book.  5. Surveillance: Santa's elf crews tap phone lines and monitor email accounts, and use bugged Christmas tree ornaments that can "identify a back-talking child from a hundred feet." But to really see who's been naughty and who's been nice they employ a fleet of unmanned aerial drones, i.e. "flying robot spies," not unlike those used by the U.S. military. Some of these drones are as small as dragonflies or beetles, and can send back simple pictures. The elves then run video analytic software to pick suspicious incidents out of the data.

4. Cloned Elves: Santa needs to be certain that he'll always have a skilled workforce that's willing to work for candy canes. When you think about it, it's not a great gig: The elves work long hours at repetitive tasks (like running software analyses), and live isolated lives at the inhospitable North Pole. To prevent revolts, the earliest elves were chosen for their industrious and docile personalities, and all subsequent elves have been produced by cloning. The process used, somatic cell nuclear transfer, is the same technique that's been mastered to clone everything from sheep to pet dogs. At the North Pole, the cloning policy is combined with a strict celibacy policy to guarantee that the elves channel their energy into work, not hanky-panky.

3. Self-Assembling Toys: Researchers are already working towards a new type of manufacturing by experimenting with all sorts of self-assembling products, from nanotech devices to tiny robots. But Santa is way ahead of our scientists. Instead of packing every conceivable type of toy in his sack, he just brings along stacks of boxes, each with a self-assembly apparatus inside. When a box has been programmed, "the relevant building blocks are released into a central, solution-filled chamber, and, over the course of the next few hours, they gradually link together to form more complex higher-order structures."

2. Wormholes: Sorry to break it to you, but even with all his cool gear Santa still doesn't have time to deliver all those toys himself. He employs a legion of lieutenants, and those second-tier Santas don't travel by sleigh; instead they move via wormholes that offer shortcuts through space and time. Astrophysicist Kip Thorne described wormholes as a theoretical way to fold space-time, but Santa's minions know there's nothing theoretical about it. The wormholes they use to move between houses are located in chimneys and windows, and provide a very convenient way to travel.

1. Warp-Drive Sleigh: Santa's underlings may zip through wormholes, but Mr. Claus himself prefers to travel in style in a sleigh. For public relations purposes he likes to make brief appearances around the globe, but his reindeer just aren't fast enough to make the rounds in a single night. Good thing he has access to faster-than-light travel technology. His warp drive encloses his sleigh in an isolated bubble of space-time, and moves space in bizarre ways—it contracts the space-time in front of it and expands the space-time behind it. Mone explains: "Rather than asking you to travel to your destination, it brings your destination to your doorstep."