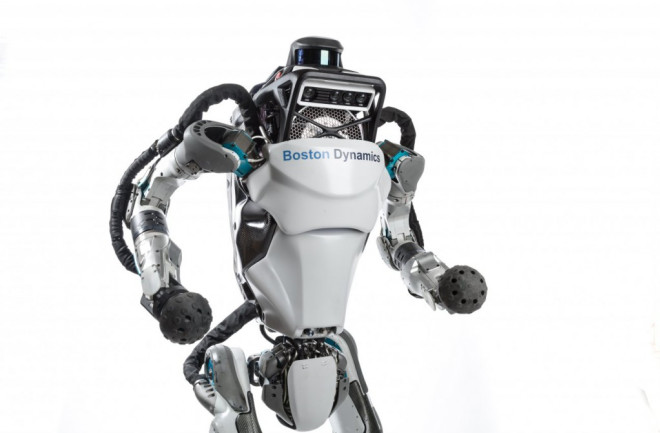 (Credit: Boston Dynamics) The Atlas bipedal robot made by Boston Dynamics just showed off its new move: a perfectly executed backflip. And the humanoid robot stuck its landing better than most professional gymnasts—no hesitation, no wobble, nothing. Boston Dynamics, which was acquired by Alphabet (Google's parent company) in 2013 and then sold this year, released the new video on Thursday. Check out the impressive backflip below. https://www.youtube.com/watch?time_continue=20&v=fRj34o4hN4I This is the first time I've seen such an accomplishment from robots. Typically robots have a hard time trying to move like us — check out this compilation video of robots falling down for a good laugh. But Atlas has shocking control. This is just the latest advancement of Atlas' skills that we've seen. It has a ton of other sweet moves, too: the bot can get up if it falls, carefully tread over uneven terrain, move boxes and push open doors. Atlas was originally created for DARPA (Defense Advanced Research Projects Agency) and released to the world in July 2013. However, it was redesigned last year to better mimic human movement. And I have to say, it does it remarkably well. Another human-like robot named Sophia was recently granted citizenship in Saudi Arabia. While Atlas hasn't yet achieved citizenship, the robot definitely has some sick moves.