RoboRace Will Replace Drivers With Algorithms 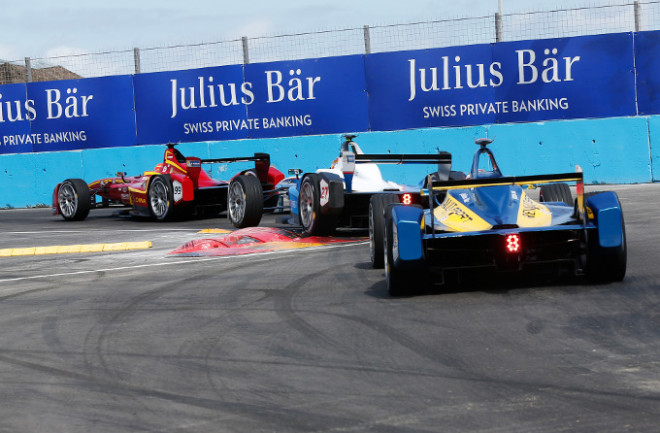 Google capped its self-driving vehicles’ speeds at 25 mph. RoboRace wants to leave that in the dust.

The new company — a joint endeavor between FIA Formula E

RoboRace founders “firmly believe that soon all cars will be driverless,” according to Shaya Raymond, a spokeswoman for the company. RoboRace is a platform to showcase the technology, hopefully proving the technology is ready for the road.

These cars are in many ways the opposite of Google’s on-the-road experiment. One of those cars made headlines last year when it was pulled over for driving below the speed limit in a neighborhood, with traffic backing up behind it. In contrast, RoboRace cars will zip around the same race circuit as the Formula E cars, in one-hour races held ahead of the FIA Formula E events in the 2016-17 Championship, which starts in September. There will be 10 teams in the races, each with two driverless cars. The vehicles will be identical, with the differences coming in the artificial intelligence and algorithms that control them. Here's a taste of what the manned Formula E races have to offer:

“We are confident that these algorithms, developed and deployed under the extreme conditions of the race track, can be applied in ordinary road conditions later,” Raymond stated. They would have been proven “capable of supporting the safest and most efficient vehicles in the world.” The cars that will race against each other are identical, other than their team designation. The teams will develop and then implement the algorithms, following a set of criteria set by RoboRace. They will need to prove the algorithms work, using a race simulator, showing they are capable of achieving race speed and maintaining maneuverability during the event. One of those teams will be crowdsourced, according to Raymond. “RoboRace will sponsor them and provide them with a car,” she stated. “The crowdsourced team will devise their own algorithm and take on the professional teams.” The race circuit is meant to show off the technology, hopefully giving a boost to autonomous vehicle technology, but the organizers also believe it will be “a sporting spectacle.”