All aboard, scientists studying climate change. 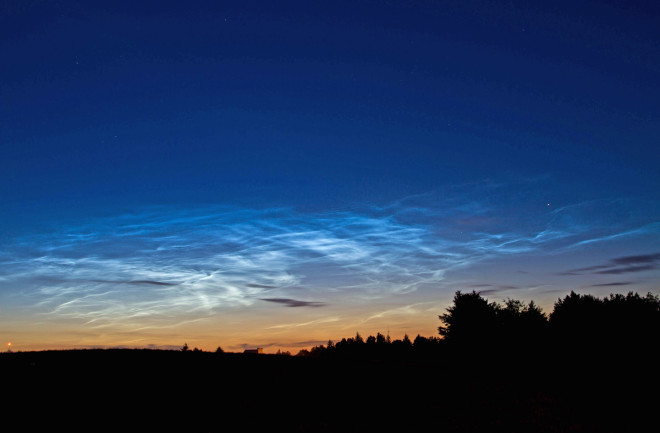 Ever heard of the Ignorosphere? It’s what scientists have jokingly nicknamed the mesosphere, the third atmospheric layer from Earth’s surface. It’s always been tough for researchers to access and so has been largely ignored. But that’s about to change, thanks to work done by Project PoSSUM (Polar Suborbital Science in the Upper Mesosphere).

PoSSUM plans to use XCOR Aerospace’s suborbital rocket plane Lynx; two people fit in its flight pod. Unlike commercial planes, which can use the lower atmosphere’s oxygen to give their fuel systems a boost, suborbital rocket planes use liquid oxygen tanks to compensate for the thin air and get the thrust they need. The rocket engines can be used for thousands of flights, potentially making scientific ventures more affordable. | XCOR

While unmanned rockets, satellites and balloons — most notably NASA’s AIM satellite — have taken images of and collected data from the layer in the past, new suborbital vehicles will make it possible to send actual human scientists to the mesosphere to study noctilucent (NLC) clouds. These ragged, spidery clouds began appearing in the late 1800s, and their increasing frequency and geographic spread are believed to be a marker for climate change. They’ve been difficult to study, however: They’re too high for detailed data collection via ground-based instruments, balloons or aircraft, and too low for orbital satellites. The complex equipment that can measure fine-scale changes in the clouds’ composition needs a human operator.

Project PoSSUM’s executive director, Jason Reimuller, says suborbital rocket planes are scheduled to launch from Alaska in 2018. They’ll head into the Ignorosphere to study the composition of the atmosphere in various ways.

During the 30-minute round-trip flight, PoSSUM personnel will only have about four minutes to collect data. | XCOR

[This article originally appeared in print as "Destination: Ignorosphere."]