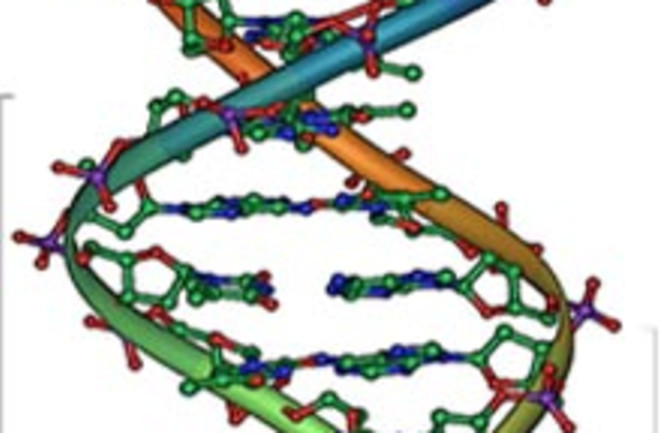 In an important step towards the creation of artificial life, scientists in Florida announced this week they have created a synthetic form of DNA that, with a catalyst, can replicate itself. The breakthrough moves biochemist Steven A. Benner closer to achieving what he calls "Darwinian evolution in a test tube" [Seed Magazine]. Benner's artificial genetic system comprises four nucleotides—building blocks of DNA—seen in humans, plus eight extra nucleotides he created by altering the human versions. He got the synthetic DNA to reproduce using the polymerase chain reaction, a common tool of molecular biology whereby an enzyme triggers the duplication of genetic material; natural DNA, in contrast, can replicate on its own. Once the synthetic form can self-replicate, said Benner, "then it's artificial life" [LiveScience]. The breakthrough could help in the development of synthetic organisms with different biochemical makeup from that of life on earth. The creation of a new life form, however, is not the sole intent of the research. By providing an alternative system of life for scientists to study, it can also help in the search for extraterrestrial life—and Benner has funding from NASA. “The next step will be to apply natural selection to it,” Dr. Benner said. That would involve varying the conditions in the beaker and seeing whether the system evolves in a Darwinian sense to adapt to the changes.... Dr. Benner hopes to develop a self-sustaining version of the system, which would make its own nucleotides, within a couple of years. It would be like an extremely primitive form of synthetic life [Financial Times]. Related Content: 80beats: Biocomputer Made of RNA Understands Boolean Logic DISCOVER: Space-Faring Fungus Hats and Synthetic Biology