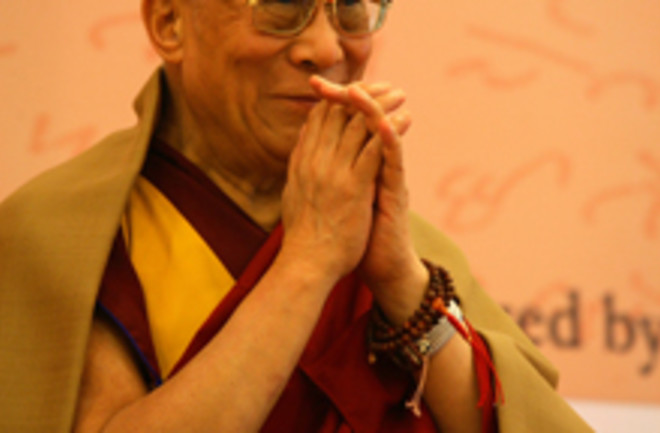 Despite burning curiosity, I have no idea what the Dalai Lama writes in his personal emails. But somewhere in China, hackers know. China-based hacking operations have moved from murmurs to the front page since the fracas between the Chinese government and Google flared up three months ago. Besides the communist government's flagrant and unapologetic Internet censorship, the search giant also accused China of harboring hackers who were behind politically motivated cyber attacks, like the targeting of Chinese human rights activists' Gmail accounts. This week, computer security experts at the Munk School of Global Affairs at the University of Toronto announced that they've been trailing a group of China-based attackers they dub the "Shadow Network" for eight months. And they say they can show that those hackers have stolen a plethora of politically sensitive materials.

The intruders breached the systems of independent analysts, taking reports on several Indian missile systems. They also obtained a year’s worth of the Dalai Lama’s personal e-mail messages. The intruders even stole documents related to the travel of NATO forces in Afghanistan [The New York Times]

. They also took political documents that outlined India's concerns about its relations with Africa, Russia, and the Middle East. The core servers for the operation seem to be based in the city of Chengdu in southwest China.

The report said it has no evidence of involvement by the Chinese government, but it again put Beijing on the defensive [Los Angeles Times]

. Foreign Ministry spokeswoman Jiang Yu bemoaned the widespread coverage of this, and insisted that the government has nothing to do with the attacks. But while the researchers behind the report, "Shadows in the Cloud," don't explicitly blame the Chinese government, they say they are watching to see whether the government takes any action to shut down these hackers. Meanwhile, Google's spats with governments aren't over. As we reported last week, the company says that opponents to a bauxite mining project in Vietnam have been inadvertently downloading malware, and McAfee, the company that discovered the attack, says

the malware created a botnet whose command-and-control systems were located within IP (Internet Protocol) address blocks assigned to Vietnam. "We believe that the perpetrators may have political motivations and may have some allegiance to the government of the Socialist Republic of Vietnam," wrote McAfee CTO George Kurtz [PC World]