Redesign Our Web Site; We'll Pay You in Beer 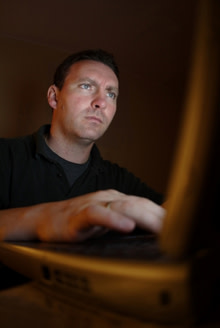 Well, here's one way to reinvent your company: Pull a college-style all-nighter. Yahoo threw open its doors this weekend and sponsored a "hackathon," their first since 2006. Three hundred computer whizzes, fueled by pizza, kegs of beer, and Red Bull, used a night of unprecedented access at Yahoo's California campus to see what they could do with the company's code. In the wake of Microsoft's ultimately failed nearly $50 billion bid to purchase the company, Yahoo announced a new "Open Strategy." Unlike its current plain and outdated page, Yahoo says it wants to make the site personally customizable, a la social networking sites, and also create ways for Yahoo to seamlessly interact with other sites like Amazon or applications like iTunes. And without Microsoft to help make it happen, the company turned to anyone who wanted free pizza and beer. The event turned up about 50 new hacks, but even some of the most dedicated programmers couldn't manage the computing marathon. Thankfully, they could nap in green tents or recharge with a few games of classic arcade Galaga or Pac-Man, and then go back to the business of saving Yahoo. Image: iStockphoto