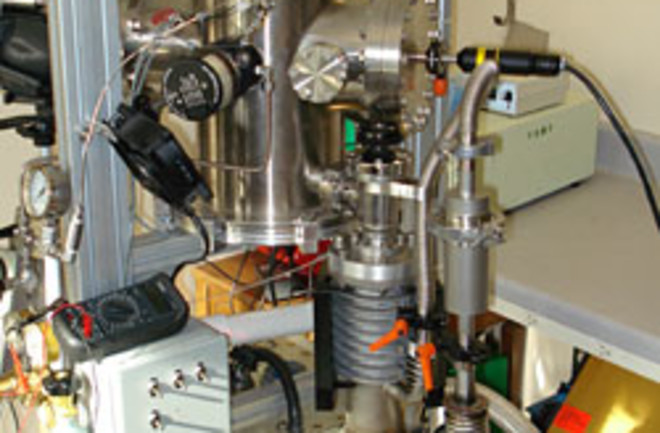 In 2006 Thiago Olson joined the extremely sparse ranks of amateurs worldwide who have achieved nuclear fusion with a home apparatus. In other words, he built the business end of a hydrogen bomb in his basement. The plasma "star in a jar"—shown at the left—demonstrated his success.

“I have cross-country and track, so during those seasons I don’t have much time to work on it,” says Olson, a highschool senior in Michigan.“It’s more of a weekend project.” Last November the machine finally delivered the hallmark of success: bubbles in the dosimeter. The bubbles indicate the presence of neutrons, a by-product of fusion—an energy-releasing process in which two hydrogen nuclei crash together and form a helium nucleus. Fusion is commonplace in stars, where hydrogen nuclei fuse in superhot plasma, but temperatures that high are hard to achieve on Earth. Still, the prospect ofcreating all this energy while forming only nonradioactive helium and easily controlled neutrons has made harnessing fusion one of the most sought-after and heavily funded goals in sustainable energy.

Olson’s apparatus won’t work for generating commercial power because it takes more energy to run than it produces. But he has succeeded increating a “star in a jar,” a tiny flash of hot plasma. “The temperature of the plasma is around 200 million degrees,” Olson says modestly, “several times hotter than the core of the sun.”

Robert Bussard, a nuclear physicist who has spent most of his career investigating fusion for both the government and private companies, applauds Olson’s ambition. “These kids are studying much more useful physics than what the country is spending billions on,” he says. “It causes them to think. They’re not going down the mainstream path to oblivion.” And, aside from using high voltage and emitting low-level radiation, the machine has been deemed harmless. “About a week ago, the department of health from Michigan called my principal,” Olson says. “They wanted to come over and inspect it. They did that, they were impressed, and it checked out.”