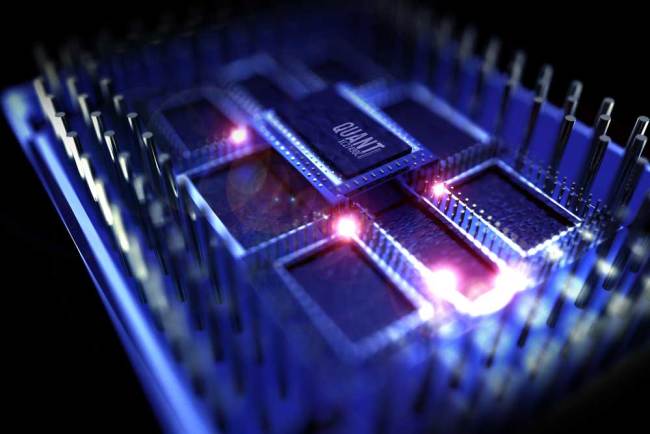 Most record-breakers eke ahead of previous record-holders by fractions of a second. This was not one of those cases.

Before now, the record for storing quantum data at room temperature was two seconds. One. Two. Done. But researchers in Canada announced they've now hit 39 minutes. That's right---they've raised the bar from 2 seconds to 39 minutes. Today's quantum computers have to be frozen to function---negative 452.2 degrees Fahrenheit---so the challenge was to store the information when the computer was cold, warm it up to room temperature (77 degrees F---a temperature more conducive to everyday computer use), and then bring the temperature back down to retrieve the data.

Quantum computers are an exciting field of research for the promise they hold in speeding computing times. Instead of storing data in binary 1s and 0s, as conventional computers do, "qubits" on quantum computers can be in a 1 and 0 state simultaneously, allowing each qubit to perform many operations at once. The storage system tested in the record-setting experiment was a thin sliver of silicon with phosphorous atoms embedded in it. The nuclei of the phosphorous atoms were induced into a quantum state with magnetic pulses at very cold temperature, and then the system was warmed up---after which the induced quantum states persisted for a full 39 minutes, the study

Though surviving for 39 minutes may not sound like very long, it only requires one-hundred-thousandth of a second to perform an operation on a single qubit. So theoretically, over 20 million operations could be performed before the qubits’ data decayed by 1 percent.

The advance clears a major hurdle in developing powerful new supercomputers and has outside experts excited about the not-so-distant future of the field. And we have to admit, their enthusiasm is infectious. Just think how blazingly fast your Netflix streaming might eventually be.  Image credit: welcomia/Shutterstock