The future of super-fast computing appears on the horizon. 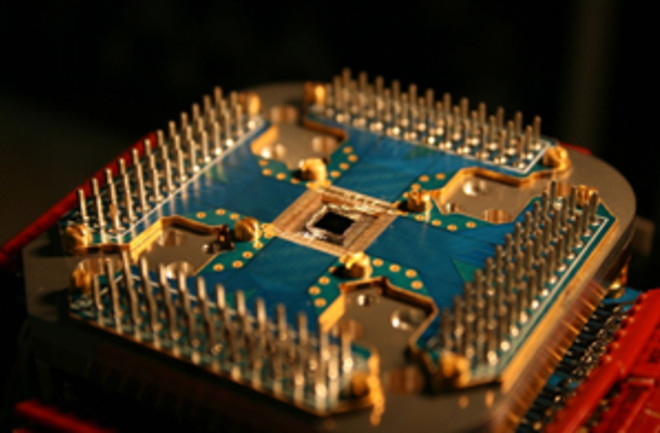 In February, D-Wave Systems ofVancouver, British Columbia, launched the Orion, what they call “the world’s first commercially viable quantum computer.” Whereas digital computers confine bits of information to either 1 or 0, quantum computers harness the strange laws of quantum physics to achieve “qubits” of information. Unlike bits, qubits can represent more than one number at a time. Computer scientists realized decades ago that representing multiple values simultaneously could cut certain number-crunchingproblems from years to minutes. But no one had ever managed to assemble more than a handful of qubits at a time.

D-Wave claims to have solved that problem. It cools circuits made of the rare metal niobium to five-thousandths of a degree above absolute zero. Each of these 16 superconducting circuits serves as a qubit, and the company has plans for expansion. By the end of next year, it hopes to unveil a vastly more powerful 1,000-qubit machine. D-Wave hasn’t yet released data on Orion’s early test runs, but some experts are expressing guarded optimism about the machine that could herald the end of the beginning of quantum computing. “I think that this current piece of work is potentially solid,” says Seth Lloyd, a mechanical engineer at MIT.

Others are more dubious. Qubits must function in a single collective quantum state, so that any action performed on one simultaneously affects all the others. Achieving that kind of coherence isn’t easy. “Understanding their basic fabrication process and talking with D-Wave people, I know that any quantum coherence in their system is very minimal,” says John Martinis, a physicist at the University of California at Santa Barbara. But Geordie Rose, D-Wave’s founder, seems unconcerned. “What we’re going to do is build them and see whether they’re behaving as quantum computers should.”