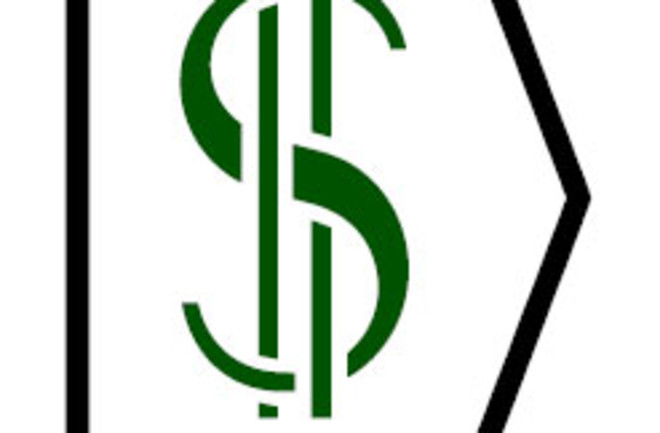 Without getting into the ethics of WikiLeak's activities, I'm disturbed that Visa, MasterCard and PayPal have all seen fit to police the organization by refusing to act as a middleman for donations. The whole affair drives home how dependent we are on a few corporations to make e-commerce function, and how little those corporations guarantee us anything in the way of rights. In the short term, we may be stuck, but in the longer term, quantum money could help solve the problems by providing a secure currency that can be used without resort to a broker. Physicist Steve Wiesner first proposed the concept of quantum money in 1969. He realized that since quantum states can't be copied, their existence opens the door to unforgeable money. Here's how MIT computer scientist Scott Aaronson explained the principles:

Heisenberg’s famous Uncertainty Principle says you can either measure the position of a particle or its momentum, but not both to unlimited accuracy. One consequence of the Uncertainty Principle is the so-called No-Cloning Theorem: there can be no “subatomic Xerox machine” that takes an unknown particle, and spits out two particles with exactly the same position and momentum as the original one (except, say, that one particle is two inches to the left). For if such a machine existed, then we could determine both the position and momentum of the original particle—by measuring the position of one “Xerox copy” and the momentum of the other copy. But that would violate the Uncertainty Principle. …Besides an ordinary serial number, each dollar bill would contain (say) a few hundred photons, which the central bank “polarized” in random directions when it issued the bill. (Let’s leave the engineering details to later!) The bank, in a massive database, remembers the polarization of every photon on every bill ever issued. If you ever want to verify that a bill is genuine, you just take it to the bank"

At this point I should mention that this stuff is all bark and no bite ---- theory has vastly exceeded the actual engineering of quantum computers or quantum much of anything engineered, so when I said long term, I meant decades, at least. But that doesn't make it any less interesting to ponder. So, Aaronson's description of quantum money leaves us with same middleman problem. We need a way to check the bill's authenticity without having to bring it to the bank or any other central institution, and yet still have it be difficult to forge. As it happens, we have a solution to a version of this problem in today's secure online transactions. In principle we rely on the difficulty of factoring. It's easy to multiply two numbers and get a third number. If the third number is really large, it's computationally time consuming to factor it and find the original two numbers --- unless you already have one of the numbers. Using prime numbers as public and private keys, we can send secure transactions all over the Internet, and as long as our computational power does grow exponentially, we can feel relatively secure. Quantum computing uses a similarly computationally difficult trick, thanks to knot theory. Edward Farhi, David Gosset, Avinatan Hassidim, Andrew Lutomirski, and Peter Shor* published a paper on this technique in 2009, and Technology Review summarized it well:

"Their quantum cash is based on a new kind of asymmetry: that two identical knots can look entirely different. So while it may be easy to make either knot, it is hard to find a way to transform one into the other." (Paper authors) Farhi and co. say: "The purported security of our quantum money scheme is based on the assumption that given two different looking but equivalent knots, it is difficult to explicitly find a transformation that takes one to the other."

Under the proposal, a bank could mint money with a serial number and a partially recorded quantum state. A merchant with a quantum computer could check the money by applying an algorithm using knot theory that went looking for a mathematically identical knot. If the states and the knots match, the money can be accepted. A friend of mine, who happens to be a knot theory mathematician and who sent me the Farhi paper in the first place, made a good point over email that the authors don't discuss exactly how we're going to pass this quantum money around. They mention that paper money could be minted, but how will we pay quantum money over the quantum Internet? Well, a question for future research, I imagine. For whatever reason, few sci-fi creators have much to say on the subject of money in the future. Usually they've gone to a paperless currency (which does seem like the end point of current trends), and they have some kind of charge card or an account that can be accessed with a biometric security protocol. Beyond that, money is just assumed. But this always left me unnerved because it left control of money in the Visas and MasterCards of the world. But with quantum money? We take back our dollars. *Shor is well known for Shor's Algorithm, which showed that a quantum computer could factor numbers much faster than a classical computer.