District 9 director explains why he's confident his movie will satisfy the fanboy in us all. 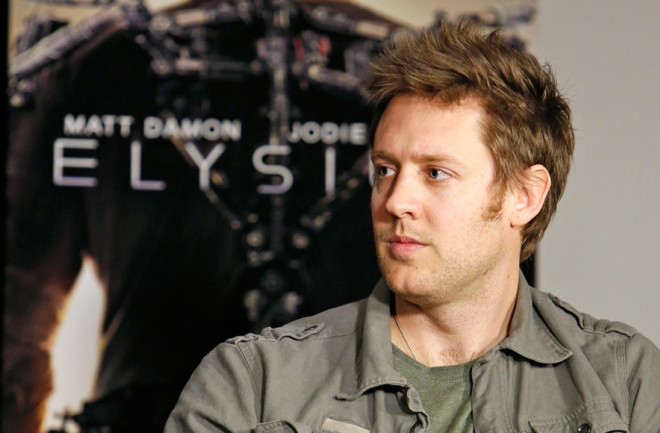 Director and writer Neill Blomkamp rocketed into the public eye with 2009’s gripping and inventive District 9, a sci-fi flick set in his native Johannesburg. The movie had all the whiz-bang effects and zap-happy gunfights we expect from the genre, but strong acting and a storyline evocative of apartheid-era South Africa won it critical acclaim as well.

Blomkamp is back at the helm with the dystopian Elysium, due in theaters Aug. 9. He’s got big stars — Jodie Foster and a bald Matt Damon — and a big budget, estimated to be more than three times the size of District 9’s modest $30 million price tag. But one thing Blomkamp says he doesn’t have is a big worry about meeting stratospheric expectations for the movie. Blomkamp explained to DISCOVER Associate Editor Gemma Tarlach why he’s confident he’s made a movie that will satisfy the fanboy in us all.

Discover: Where does science fit into your take on science fiction?

Neill Blomkamp: I’m very interested in science personally, especially speculative fiction, outside the realm of my films. I’m interested in where the planet is going, where humans are going. But if you have too much science in a film, you could end up in a place where the film doesn’t work very well as a story. The people who decide to see a movie, to buy a ticket, to go to the theater and sit in front of the screen aren’t much different than cavemen gathering around a fire. They want to get drawn into the story. When you get very specific with the science in a movie — oh, time travel through this wormhole won’t work unless we do this and this — you lose the audience pretty quickly.

D: Elysium has a strong transhumanism theme, using technology to augment the human body, such as the exoskeleton surgically attached to Matt Damon’s character. Is this a particular area of science that interests you?

NB: The whole concept of transhumanism is something I’m obsessed with. It’s interesting, but I didn’t want to make a film just about that. The gap between rich and poor has always existed, and the film is about that. One way you can show that gap is that the rich can afford to modify their bodies.

D: District 9 got a lot of attention for referencing apartheid. Elysium depicts class struggle, with the poor suffering on a resource-depleted Earth while the rich orbit in an idyllic space station. Do you use the sci-fi genre as a way to address real-world issues?

NB: I don’t really want to push any message or commentary. Science fiction allows for the delivery of that kind of commentary in an easier-to-digest form, but is that my goal? Not really. I want to make movies that entertain. But I think about these topics all the time. They’re in my mind, even though I’m not trying to be quasi-political. District 9 was not saying apartheid was bad, which is relatively obvious. But I grew up in South Africa and saw apartheid and then emigrated to Canada, and all that is part of who I am. Science fiction is really cool because I’m showing you my upbringing, but it’s through that lens. Presenting issues through the lens of science fiction shifts the audience’s view. They’ll watch it and then, at the end, maybe realize “oh, it was about that.”

D: Given District 9’s commercial and critical success, do you feel a lot of pressure to meet the expectations building around Elysium?

NB: I like to be an artist, to take risks, to work on what feels natural. You don’t need to validate that. I work on a film like a sculptor. It resonates with me. The pressure I do feel is that filmmaking is not sculpting; it requires millions of other people’s dollars. If you spend $100 million and the film collapses, it makes it more difficult to try to do another riskier film later on. But if I’ve done my job correctly, I shouldn’t run into this problem.

D: When Elysium’s first trailer was released, people picked it apart frame by frame, claiming various elements were an homage to, or a rip-off of, other films. Does knowing the movie would be scrutinized so closely affect your decisions at any stage in the process?

NB: My favorite part of filmmaking is design. I’ll hand-sketch almost every vehicle, the weapons, even Matt Damon’s exoskeleton. I have points of view about what everything will look like, because it’s what I would pay to sit in a movie and watch, it’s why I would be absolutely stoked to see this movie. With the design for Elysium, I didn’t have any specific reference. But you know, with these copious amounts of data — these petabytes I have in my head from being a science fiction fan — I can’t help but be influenced by what I’ve seen. I love Blade Runner, for example, and those designs had a massive effect on me. I’m totally an image-based person, and Blade Runner lodged in my mind when I saw it and never escaped. But does Elysium look like Blade Runner? No. At the same time, I feel like I’m one of those hardcore fans. I love those kinds of genre films. I feel like a lucky fan who gets to make this film.