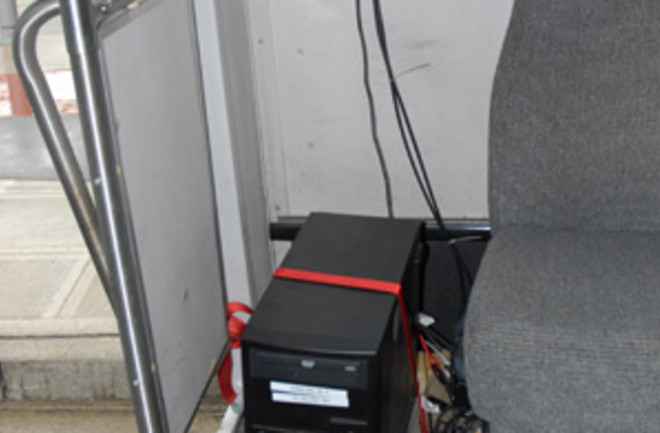 We are all used to being able to connect our laptops to WiFi networks in homes, offices, hotels, and coffee shops. But trying to use WiFi while moving around in a car, bus, or train tends to produce garbled data. A new project from Microsoft Research in Redmond, Washington, could change all that by modifying the software rules that dictate how WiFi works.

The way WiFi is currently set up assumes that although users might move around, they will stay within range (typically about 100 to 250 yards) of a single wireless access point, or base station. Even if other base stations are nearby, a computer will connect to only one at a time. If a user moves out of range of a base station, the laptop must find another one to connect to. Switching from one base to another is slow enough to seriously disrupt the flow of data during the changeover. This can play havoc with interactive Internet activities, such as Web surfing, or Voice Over IP (VoIP) telephone calls.

There are wireless technologies available today that allow seamless Internet connectivity even when a user is traveling at high speed, but they require hardware that is more expensive than WiFi, or slower than WiFi, or both. (For example, the 3G networks used by the latest smart phones max out at a data rate of two megabits per second; current WiFi devices can handle 27 times that, and faster systems are on the way.) These wireless technologies can be connected to a WiFi base station to allow someone in a car or train some wireless access, but they still rely on non-WiFi systems for the critical communications link to the Internet. With increasingly powerful mobile devices appearing almost every day, eliminating the communications bottleneck to the Internet would enable us to do almost anything on the go that we can now do at our desks.

Microsoft’s new system, dubbed ViFi (for Vehicle WiFi), takes advantage of the fact that in many places, WiFi is so ubiquitous that users are within range of many base stations at the same time. By connecting to multiple base stations simultaneously, a user can request data via one base station and have that data routed to his computer even if he moves out of range of the original base station. The technology uses standard mass-produced WiFi hardware, meaning that it could be deployed cheaply in urban areas or along highways. Microsoft is testing the technology on its campus, connecting two shuttle buses (seen at right) to the Internet through a network of 11 base stations.

The ViFi technology was made available for licensing to WiFi system manufacturers in Novem­ber after a positive response from other researchers.