Powering the Planet With Sun-Harnessing Balloons

One innovator says the greatest threat to a clean-energy world is kids with BB guns. 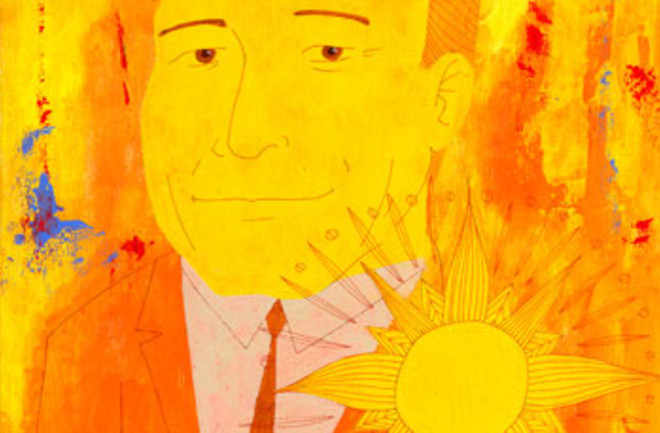 There are plenty of good ideas for moving the world beyond fossil fuels, but most of them aren’t practical with current technology or don’t scale well. (You would have to build something like 10 million conventional windmills to produce 100 percent renewable electricity in the United States.) A few years back, a group of West Coast engineers were puzzling over a practical way to tackle the problem, looking for a hydrocarbon-free, clean, and renewable energy system that required no major technical breakthroughs and could be put to work in the next few years. The result: the start-up Cool Earth Solar, now based in Livermore, California, and its new-think technology, an inexpensive plastic-film balloon a bit over eight feet tall. Millions of these balloons could hover low over the landscape, each concentrating sunlight onto a photovoltaic cell inside, and pumping out electricity more cheaply than power from fossil fuels, the company says. DISCOVER spoke with Cool Earth Solar CEO Rob Lamkin to hear about his solar strategy.

How did you come up with this design?If you’re going to replace hydrocarbons with solar, you’re going to need a lot of collecting surface. Eric Cummings, our chief technical officer and founder, thought, what would that collecting surface be? What covers lots of area cheaply? Thin plastic film is one possibility. Plastic film is something we have readily available, and we can make it quickly. All right, so what can you do with film? Cummings saw that you could cover the film with a thin layer of aluminum and shape it to concentrate sunlight on a photovoltaic cell.

Now it all comes together. Since you’re concentrating solar rays, you need only a fraction of the [expensive] photovoltaic materials that would be required for flat panels. And because film is so light, you can use cheap infrastructure; in this case the balloons are supported by wire cables strung between vertical wood poles.

The bottom line is that today we can generate electricity as cheaply as, or more cheaply than, we do natural gas—and we expect to pass coal soon.

How does a balloon concentrate solar energy?We take the thin plastic film, cut and seal it to create a balloon shape, make the bottom half reflective and the top half transparent, inflate it with regular air, and then monitor it to keep the pressure at the right level. It turns out to be easy to get a shape in which the focal point [where the reflected rays converge] is internal to the balloon, which makes it perfect for concentrating sunlight. We didn’t invent this form so much as discover it. The material just wants to pop into the right shape.

Why is solar power a better energy source than wind, geo­thermal, biofuels, and nuclear? Don’t we need them all?Solar seems to have the best economics. It certainly has all the energy we need and will need for a long time.

What are the potential problems with solar balloons?It would be nice to put this out in the field and have it last 30 years. But the thin film won’t last that long, so we intend to replace it every couple of years. On a 1-kilowatt concentrator, that’s a couple dollars’ worth of plastic, so it’s not something that hurts us.

Any other concerns?I worry some about kids with BB guns.

How close are you to proving that the technology works?Right now we are working on a quarter-million-watt demonstration plant in Livermore and a 1.5-million-watt commercial plant in the central part of California, in the town of Tracy. By this time next year, we hope to start building a series of standardized plants, each consisting of thousands of balloons and about 10 to 30 million watts in size. [A 30-million-watt plant would have about 30,000 balloons.] The goal would be selling electricity directly to utility companies. A few years from now, we would like to be adding hundreds of megawatts of capacity every year.