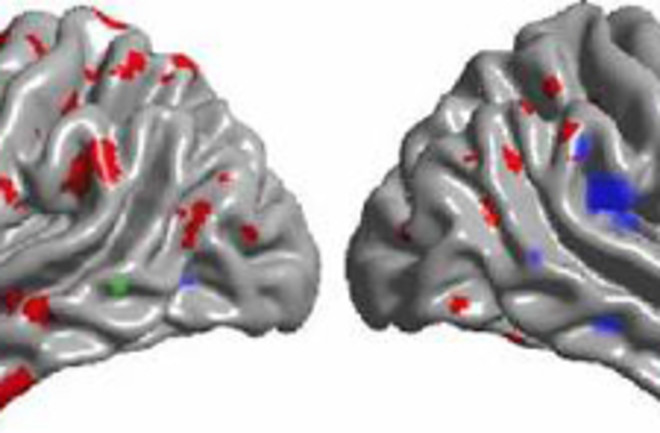 Go ahead, let your teenagers play another few minutes of Tetris, that simple-yet-addictive puzzle game; it may well be good for their brain. Researchers have new evidence that playing Tetris makes a developing brain more efficient and thicker in certain regions. The small study was conducted by neuroscientist Richard Haier, who was one of the first neuroscientists to explore the effects of video games on the brain. Back in 1992,

Haier used brain scans to discover that some parts of the brain actually used less glucose as the players became more skilled at the game. The "Tetris effect" illustrated how video-game training could make brains work more efficiently - an idea that eventually led to a whole host of brain-training games [MSNBC].

For the new study, Haier updated his work by using newer, more sophisticated brain scanning technology to look for changes in the brains of adolescent girls after three months of Tetris playing. Adolescent girls were chosen because their brains were still developing, and because they were presumed to have less experience with video games than boys. The study was funded by Blue Planet Software, the company that markets Tetris, but the results were published in the peer-reviewed journal BMC Research Notes, and the researchers say that the company had no say in the how the experiment was conducted or the results interpreted. Still, the company is presumably happy to promote Haier's findings, which amount to a scientific endorsement. Three months of Tetris playing

had two distinct effects on the brains of research subjects: Some areas in the brain showed greater efficiency (the blue areas in the diagram above), and different areas showed thicker cortexes, which is a sign of more grey matter (red). This, says the doctors who undertook the study, shows that focusing on a “challenging visuospatial task” like a videogame can actually alter the structure of the brain, not just increase brain activity [Wired.com].

But surprisingly, there was no overlap between the regions that became more efficient and those that thickened. Haier says more research must be done to determine how different areas of the brain interact during game playing. But playing Tetris certainly isn't the only way to get the brain benefit, Haier notes; other activities that involve spacial skills and motor control have produced similiar results--including juggling. Related Content: 80beats: Heightened by Halo: First-Person Video Games Are Good for Your Vision 80beats: Can Playing Tetris Ease the Symptoms of Post-Traumatic Stress? DISCOVER: This Is Your Brain on Video Games DISCOVER: The Oldster’s New Fountain of Youth: Video GamesImage: Haier, et al.