"Bioreactor on a chip" could help meet rising demand for blood transfusions. 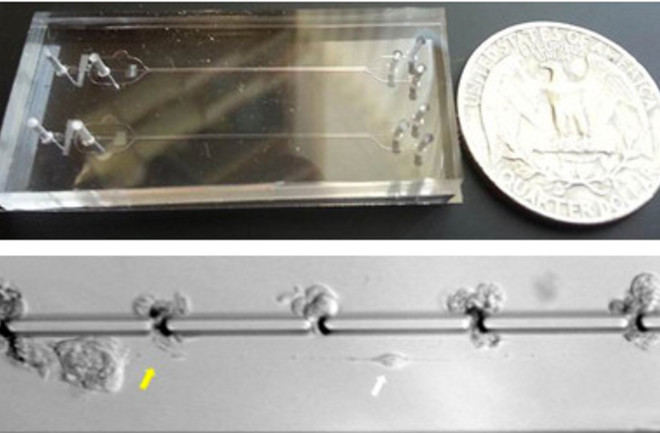 More than 2 million units of platelets — the blood cells responsible for clotting — are transfused each year, with cancer patients receiving an important share of them. However, donors alone can’t possibly meet the need; platelets have a shelf life of only five days, and by 2019, demand will exceed supply by 533,000 units.

To ensure a steady, contaminant-free and abundant supply, in July Jonathan Thon’s team at Brigham and Women’s Hospital in Boston reported devising a bench-top “bioreactor on a chip.” About the thickness of a quarter, the bioreactor “reproduces the physiology of bone marrow,” says Thon.

When cells called megakaryocytes — derived from human stem cells — are pumped into the device and subjected to forces mimicking blood flow, they respond by making platelets. Next, Thon hopes to scale up the bioreactor to produce enough platelets for human trials. “It’s not enough to make a lot of platelets,” he says. “They need to be safe to go into people.”