Pixar Lulls Us into a False Sense of Security 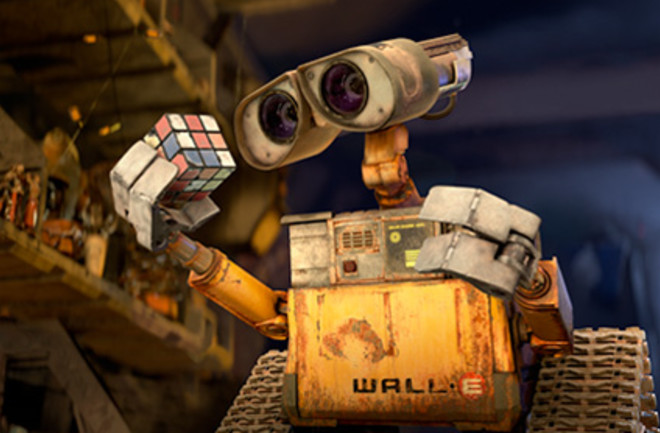 In advance of its June 27 opening, the animation geniuses who brought us Toy Story and Finding Nemo have put up trailers for their latest movie, a science-fiction affair called WALL-E. The eponymous hero is a janitorial robot, left behind on Earth to clean up our mess after humans depart for space. From the clips online, WALL-E is irresistibly adorable, and it appears unlikely he'll end up wracking genocidal violence against his creators in the full theatrical release, but one never knows: after a few centuries of picking up someone else's garbage, who wouldn't be a little tetchy?