Last Friday night between 10:15 and 10:30 pm, six airplanes flying into Sydney Airport were victims of the city's first coordinated laser attack, in which some miscreants shined lasers at the folks operating the flying tin cans carrying lots of people. The potentially dangerous maneuver provoked the government to consider banning laser pointers or classifying them as illegal weapons. (Shining laser beams at aircraft is already punishable by two years' jail time and fines of up to $30,000.) 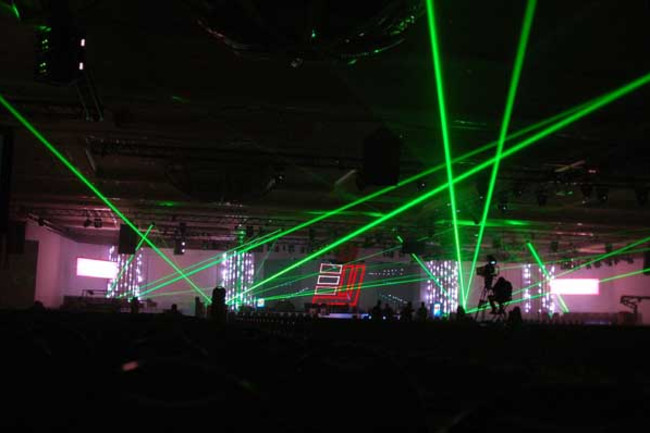 You may not have heard of this kind of thing, but the attack is not an isolated incident. According to Civil Aviation Safety Authority spokesman Peter Gibson, "there are five to six reports every week around Australia. It is extremely dangerous as it can temporarily blind a pilot or distract them as they are coming in to land." The US has seen a laser attack or two, as well—and of course the U.S. Department of Homeland Security is all over it as a potential terrorist tactic. According to an official memo by the DHS and the FBI, "Although lasers are not proven methods of attack like improvised explosive devices and hijackings, terrorist groups overseas have expressed interest in using these devices against human sight. In certain circumstances, if laser weapons adversely affect the eyesight of both pilot and co-pilot during a non-instrument approach, there is a risk of airliner crash." Now, I've used laser pointers during lectures and seminars, and it's difficult to imagine that wimpy, often flickering dot reaching all the way up to an airplane as a blinding beam of electromagnetic power. But apparently, the new range of green lasers available are far superior than the little red pointer on your gadget-loving friend's keyring—and some are actually suspiciously specialized for airborne targets. Nevertheless, it's unlikely that the degenerates were steady and accurate enough to actually shine the beam into the pilots' pupils from long range. It's more likely that the beam (pdf) hit the windshield and caused temporary effects, such as glare, flash blindness, and after-image. Of course, just because the lasers weren't burning holes in the pilots' retinas doesn't mean it wasn't a problem. If you think you're too cool and steady to be distracted, check out this simulation and think again.