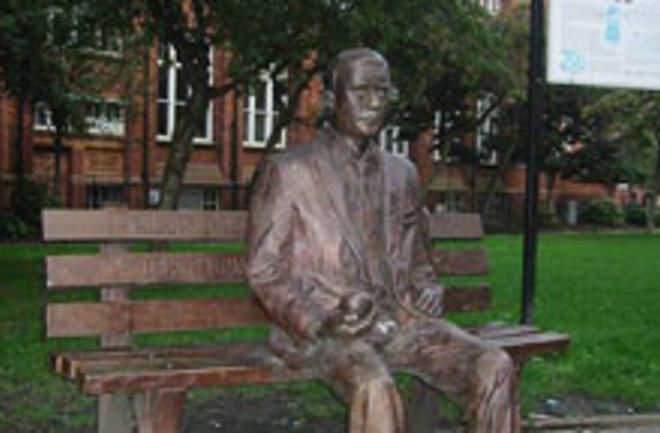 A petition that seeks a posthumous apology from the British government for its treatment of Alan Turing, a key WWII codebreaker and a father of computer science, has garnished more than 5,500 signatures. Among the signatories are the evolutionary biologist Richard Dawkins and the novelist Ian McEwan. In 1952, Turing was found guilty of gross indecency after admitting to a sexual relationship with a man (homosexuality was illegal at the time). His sentence? Estrogen injections in an experimental chemical castration treatment, along with the removal of his security clearance, thereby costing him his job for the U.K. Government. Two years later, he ended his life with a poison-laced apple--but not before he had made significant contributions to the world of computer science.

In 1936 he established the conceptual and philosophical basis for the rise of computers in a seminal paper called On Computable Numbers, while in 1950 he devised a test to measure the intelligence of a machine. Today it is known as the Turing Test [BBC].

Many say that had Turing's life not ended prematurely, he could have advanced the worlds of computer science and codebreaking even further.

"There is no doubt in my mind that if Turing had lived past age 41 his international impact would have been great and that he likely would have received a knighthood while alive" [CNN], wrote

Image: flickr / Wikimedia Commons. A statue of Turing at the University of Manchester.