Own a Drone? You'll Probably Need to Register It 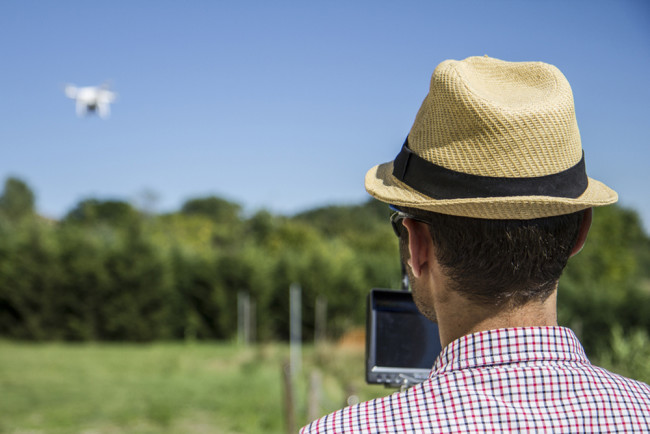 The recreational drone industry is in for shake-up. The Federal Aviation Administration announced on Monday that it would require all drones to be registered with the federal government. After hundreds of close calls with commercial aircraft this year, the use of drones near airports has spurred a crackdown on recreational flyers. Flying these ‘small unmanned aircraft’ near airports isn’t the only concern. Last month, a drone fell out of the sky in Pasadena, Calif., injuring an 11-month-old child who was being pushed in a stroller. The 24-year-old male lost control of a DJI Inspire 1 after it encountered a signal problem, according to police. Identifying the pilots behind rogue drones, and making the skies safer, is the driving force behind this new task force.

The 25- to 30-member drone task force will include government and industry officials, and it is expected to release a policy on recreational drone usage in late November. The task force will recommend the types of drones that should be registered, and design a registration system that’s easy to comply with. It’s expected that operators of certain drones in the U.S. will be required to register their aerial vehicle’s serial number, along with their name and personal information. Once the registration process begins, each drone will then be traceable back to the owner in the event of a crash or injury. The task force is expected to enact these new rules well before the holiday season, as drones are once again expected to be a popular gift item. Drones are used commercially for aerial photography, scientific purposes, search-and-rescue operations and industrial applications. However, this task force won’t focus on those operators. Rather, it is focused the casual drone user who flies for fun. Commercial drone use is technically prohibited in the United States, but operators can apply for an exemption from the FAA to deploy drones in their business. The exemption process requires pilots to demonstrate they plan to use their drones in a safe manner. However, there’s nothing stopping a recreational pilot from grabbing the sticks and sharing the national airspace (they are still barred from flying above 400 feet and within 5 miles of an airport). These are the operators the FAA is most concerned about.

These new regulations will affect current and future drone operators, but Brendan Shulman, vice president of policy at DJI, isn’t too concerned about the new requirements. “(This) is about separating recreational operators of certain types of drones. I think most people are operating drones responsibly and safely and will not have an issue with registering, if the process is easy and inexpensive,” says Schulman. “These are all things that will be determined by the task force next month.” It’s not a common occurrence to have the federal government attempt to regulate personal property of this kind — automobile registrations, for example, are run by the states. The drone community consists of mostly recreational operators, and that is a large population to control. So how can the government possibly locate and ensure each drone on (or above) U.S. soil is registered? It is expected that pilots who fail to register will face fines, but there is no word yet on what these fines would look like. "It’s going to be a very difficult task to do by Nov 20. But the best course of action is to look at this and say, let’s do the best we can," Michael Drobac, executive director of the Small UAV Coalition, one of two drone industry groups on the task force, told Reuters Monday. Once the task force’s policy is released sometime in November, it will hopefully make the sky a safer place to fly. However, it could, arguably, take some of the fun out of flying.