Our Wonderful Age of Abundance, in 9 Striking Infographics

Technology is driving us toward "an era of exhilarating freedom," economic opportunity, and the profound gift of health. 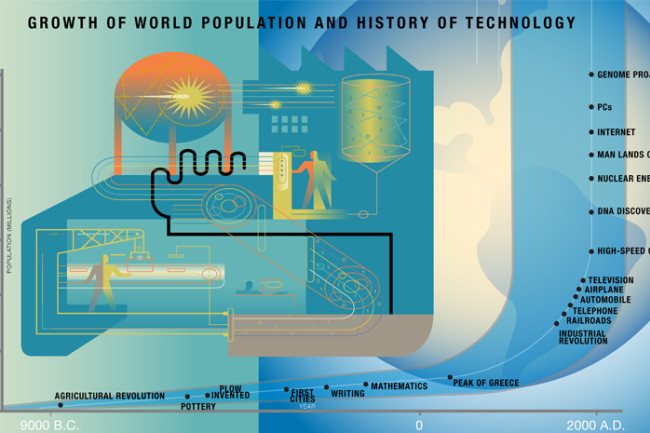 It is a blizzard of bad news out there: an ongoing economic crisis, a burgeoning education crisis, health-care turmoil, energy poverty, water scarcity--to name but a few of our fears. So pervasive is our sense of doom and gloom that anyone telling a different story can rarely be heard. But there is a very different story worth hearing.

Currently, thanks to the exponential growth rate of technology combined with three powerful emerging trends, we are teetering on the edge of a much better tomorrow. Imagine a world where everyone has access to clean water, nutritious food, affordable housing, personalized education, top-tier medical care, nonpolluting and ubiquitous energy. Imagine a world of abundance. 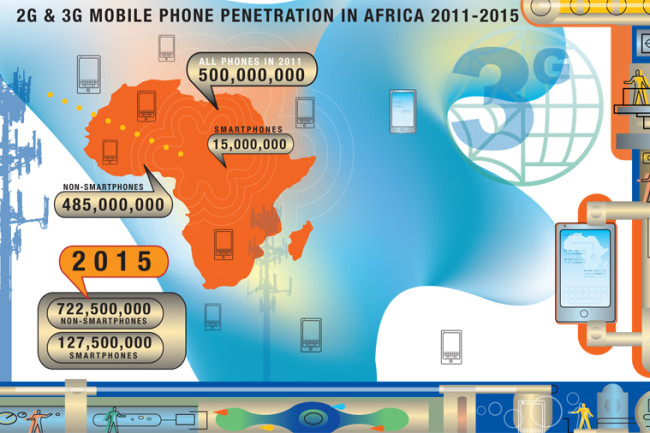 Sound too good to be true? According to some compelling trends and metrics, elements of this transformation are under way. Over the past 20 years, wireless technologies and the Internet have become ubiquitous, affordable, and available to almost everyone.

Africa has skipped a technological generation, bypassing the telephone landlines that stripe our American skies for the wireless way. Mobile phone penetration in Africa is growing exponentially, from 2 percent in 2000 to 28 percent in 2009 to an expected 70 percent in 2013. Folks with no education and little to eat have gained access to cellular connectivity unheard of just three decades ago. Soon the vast majority of humanity will be enmeshed in this same World Wide Web of instantaneous, low-cost communications and information. We are now living in a world of information and communication abundance.

Projections indicate that the number of smartphones in use will skyrocket. London economists found that adding 10 phones per 100 people boosts a developing country's GDP by 0.6 percent. 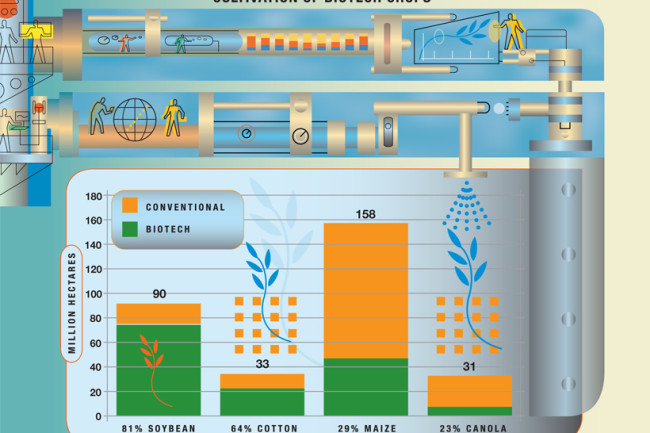 In the near future, these technologies will enable most of the world to experience what only affluent societies have access to today. Even better, the new tools themselves are not the only agents of change in play. 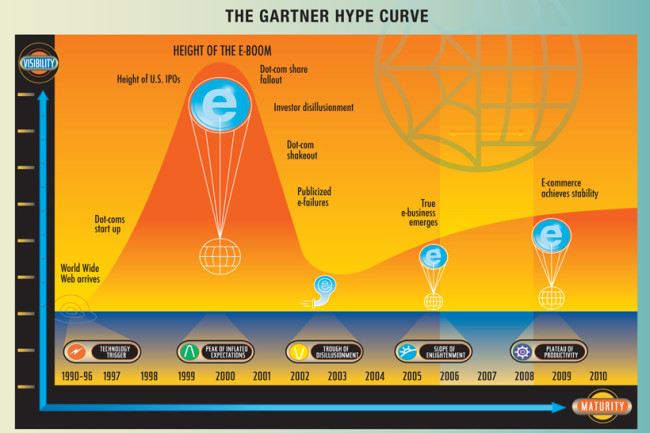 There are three additional forces at work, each with significant abundance-producing potential. The first of those is the newfound power of the do-it-yourself (DIY) innovator. DIYers have already proven themselves capable of launching a computer revolution, and now their reach extends considerably further. In the past decade, DIYers (working either in small teams or collectively, via crowdsourcing) have made major contributions to fields like genetics, robotics, proteomics, autonomous vehicles, even space exploration--fields that were once the sole province of large corporations, universities, and governments.

This graph tracks the life cycle of a new technology--here, the dot-com (or e-commerce) boom, which profited from significant contributions by DIYers. Overestimation of potential, the peak of inflated expectations, and disillusionment ultimately give way to true fulfillment and a plateau.

The same technologies that allowed the rise of the DIY innovator have also created wealth much faster than ever before. People like Jeff Skoll (the former president of eBay), Elon Musk (cofounder of PayPal), and Bill Gates (of Microsoft) became billionaires by reinventing industries before the age of 35. Maintaining their taste for the big and bold, they are now turning their attention and their considerable resources toward global betterment. This new breed of techno-philanthropist is a force for abundance as well. 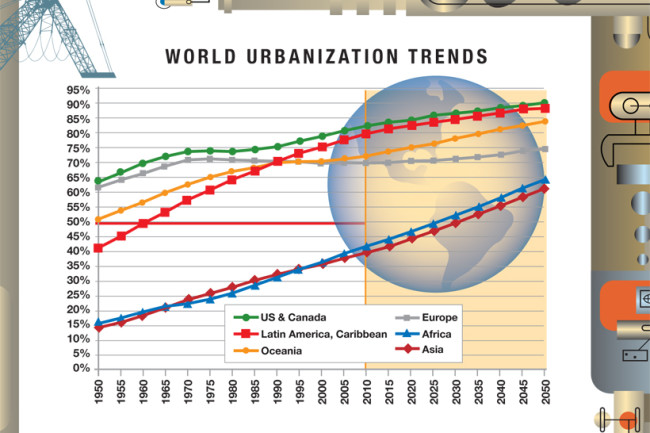 But the most significant change of the next decade should be the dramatic increase in worldwide connectivity via the Internet. The online community is projected to grow from 2 billion users in 2010 to 5 billion by 2020. Three billion new minds are about to join the global brain. What will they dream? What will they discover? What will they desire? These are minds that the rest of society has never had access to before. Their collective economic and creative boost should unleash the most powerful abundance force of all.

The worldwide move to the Internet goes hand in hand with a move to cities. By 2050, 70 percent of the world will live in cities. According to calculations by physicist Geoffrey West of the Santa Fe Institute, when a city doubles in size, the rate of innovation (as measured by new patents) increases by 15 percent. 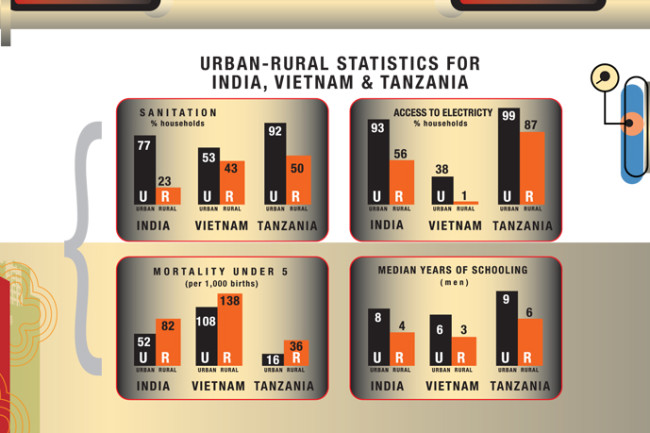 Urbanization is not only good for the environment, but also for the people. In most countries, city dwellers fare better than their rural counterparts. Urban residents in developed countries enjoy higher per capita income; in developing countries, they have greater access to health care and education. 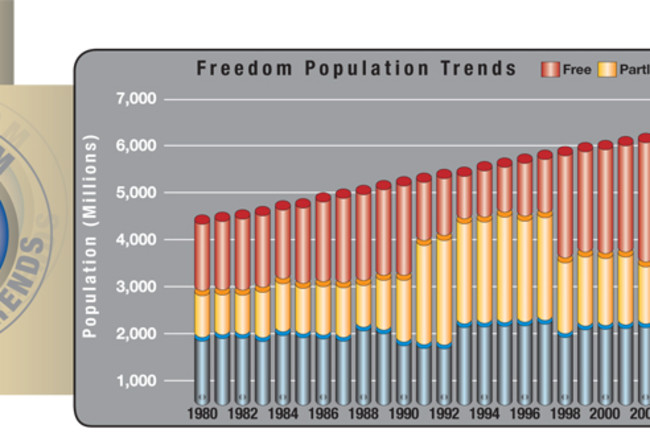 The 7 billion people on Earth had more freedom in 2010 than their counterparts in 1987, who numbered 5 billion, according to Washington, D.C.-based Freedom House. 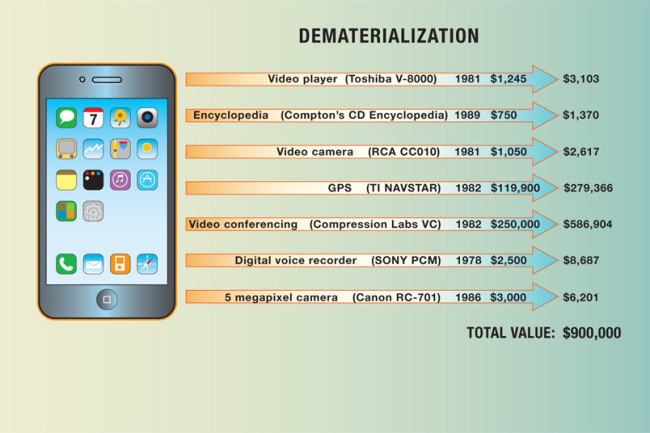 Services once reserved for the wealthy are available to the masses essentially for free. Adjusted for inflation, nearly $1 million worth of features now come with any smartphone. 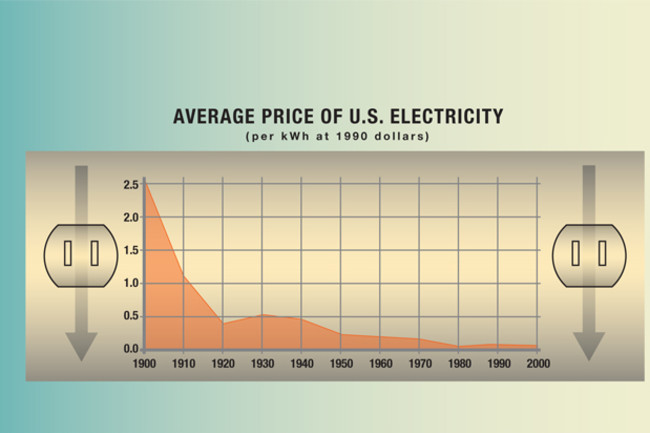 During the past hundred years, the cost of electricity (measured in constant dollars per kilowatt-hour) has decreased markedly, even as total world energy consumption has soared.