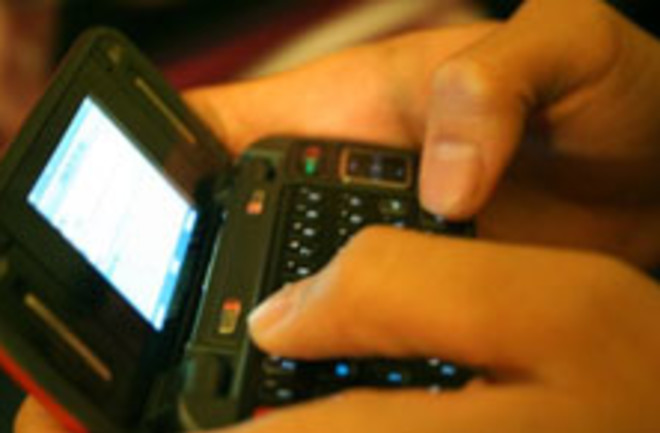 In today's not-shocking news, researchers have determined that teenagers like to text--a lot. The new study by the Pew Center shows that the mobile phone has become the preferred mode of communication for American teens, with one in three teens sending more than 100 texts a day. Also in the category of not-shocking, the researchers found that older teenage girls are the most enthusiastic texters. Some of the key findings:

When the teens aren't texting, they report using their cell phones to listen to music and to take and share pictures with their friends. A whopping 83 percent used their phones' cameras, but a relatively small number of teens said they sent and received sexually suggestive images by text ("sexts"). Just 4 percent of teens say they have sent a sexually suggestive nude or nearly nude image of themselves via text message, with older teens more like to receive "sexts" than younger ones. If this study is making your nervous about your teen's texting behavior--then you're not alone. The study found that 64 percent of all parents snoop around on their kids' cell phones and more than half have taken the device away to punish a child. Related Content: Discoblog: Who Has Dumber Fans, Ashton Kutcher or Justin Bieber? Math Reveals the Answer… Discoblog: Teen Sues Mom for Hacking His Facebook Account Discoblog: Teen Tries a Walkman for the First Time; Takes 3 Days to Find Side B Discoblog: New Villain in the Obesity Epidemic: Mean Gym TeachersImage: Wikipedia