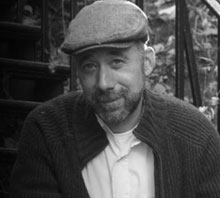 Trying to get beyond the traditional science v. religion debate, we have had quite a bit of discussion here about the relevance and resonance of words: Sacred, Spiritual, Religion, Rationality. Today, I want to throw a new term into the mix, one that I discovered while trolling around in the literature of Religious Studies. Being a scientist, and untrained in the scholarship on human spiritual endeavor, part of my research for my latest book involved making my way through Religion 101. That is where I encountered the extraordinary writings of Mircea Eliade and the heritage of "hierophany." Eliade was the doyen of the "Chicago School" of Religious Studies. He was a prodigious writer (anthropology, religious studies, novels, and plays) and was a controversial figure in both his ideas and his politics. Without doubt though he is considered one of the last century’s great thinkers on religion, its forms, and its relevance. Separating the sacred from profane was crucial for Marcia Eliade. It guided his thinking about religion, and what he called "religious man." Eliade points to the numinous, that elusive but illuminating ground of religious experience: "The numinous presents itself as something wholly other, something basically and totally different." This is how he launches his account of religious man’s confrontation with the sacred. This sense of the "wholly other" is what appears directly in our experience. What matters is how we encounter the scared. It appears, or erupts, into our lives. Thinking about it or theorizing on it misses its essential, living power. Eliade is explicit about definitions, and the idea that there is a fundamental gap that language cannot cross. The experience cannot be distilled into definitions or analytical concepts. Simply put, words fail. "Language is reduced to suggesting by terms taken from that experience," he says. The experience of the world’s sacred character can never be wrapped up and contained—it can only be pointed to through metaphor or analogy. Eliade offers up a new term, "hierophany," to designate where and when the sacred erupts into the world. A hierophany is the manifestation of the sacred, the act of its appearance in the world. A hierophany occurs when "something sacred shows itself." According to Eliade, this process forms the heart of all religious life. "It could be said that the history of religions—from the most primitive to the most highly developed—is constituted by a great number of hierophanies," he says. The hierophany is the capacity of the sacred to appear in the midst of the profane. It is the capacity for the world to take on a character that stands apart from petty work-a-day urgencies. For us, the sacred does not have to point to anything supernatural, but instead is a lived experience of the mystery, the open-ended quality at the root of human being. Science and its fruits can serve, always have served, as hierophanies. We do not explicitly acknowledge them, but they are there. All those Nova specials on Cosmology with their soaring music, all the IMAX science movies with their beautiful graphics and invocation of awe and wonder are designed as hierophanies. All the ways science is brought into the public domain are imbued with an old imperative—to serve as a gateway and bring that elusive "wholly other" quality to the fore. Hierophanies have been part of human experience for 50,000 years since we stumbled into culture and self-consciousness. The aspiration to science, the aspiration to draw closer to the world’s extraordinary harmony and invisible sense of order through science, comes from its capacity to act as a hierophany. The profane is simply our day-to-day unreflective way of moving through the world. The hierophany is when you suddenly notice, the grand arc of a crow through the winter sky, the pattern of ripples on a sand dune, the ordered anarchy of an ant colony. Science begins there. I will leave it at that for now. A rich constellation of ideas collects around this term hierophany, and in it I believe there is one new path for thinking about science as a sacred and spiritual endeavor. It is, in a word, useful for going someplace new, interesting, and very necessary.