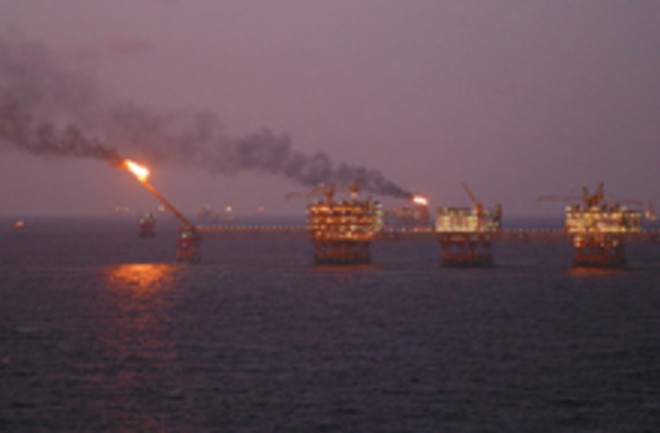 Offshore oil and gas drilling is coming to much of the east coast. Today President Obama announced plans for energy exploration through 2017 that would open up drilling in coastal areas off the southeastern United States, and potentially some areas near Alaska.

Under the proposal, 167 million new acres in the Atlantic Ocean from Delaware to Florida, as well as new swaths in the Gulf of Mexico, would be opened to energy development. Parts of the Chukchi Sea and Beaufort Sea, both of which are north of Alaska in the Arctic Ocean, could see drilling after 2013 if viability studies give them the go-ahead. But not all areas that energy companies would like to explore are available in the plan.

No areas off the west coast would be made available. Obama also said proposed leases in Alaska’s Bristol Bay would be canceled. He would also limit any oil and gas drilling off the coast of Florida to no closer than 125 miles from the shore [USA Today]. Bristol Bay has been off-limits since the Exxon Valdez incident in 1989, when the tanker spilled at least 10 million gallons of crude oil into the ocean. President George W. Bush’s energy plan, which Obama overturned upon taking office, would have opened the bay to drilling.

In his announcement, Obama stressed that the United States should allow oil and gas drilling in new areas to reduce foreign dependence and add to the country’s energy portfolio. But just how much energy is down there is unclear. There could be as much as a three-year supply of recoverable oil and more than two years’ worth of natural gas, at current rates of consumption. But those estimates are based on seismic data that is, in some cases, more than 30 years old [The New York Times]. The first results could come from the waters off Virginia, as the first new lease could be sold there next year.

More than the country needs that oil, it might be that Obama needs the political support from drilling advocates. With health care finished, the President’s next major task is to drum up support for a bill to address climate change. The administration is pushing expanded offshore exploration as a bargaining chip in its attempts to enact sweeping legislation to curb oil imports and reduce greenhouse gas emissions [Los Angeles Times]. As another part of the energy push, Secretary of Energy Steven Chu wrote an op-ed in the Wall Street Journal last week (viewable free on the DOE Web site) praising nuclear power, and specifically the potential for small nuclear reactors.