Now You Can Own Your Own Millennium Falcon Drone 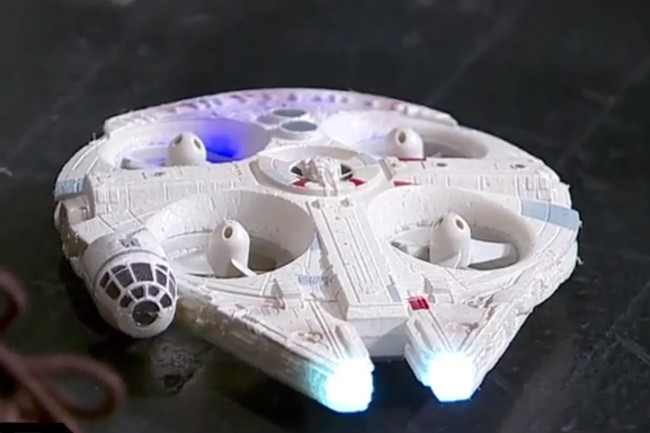 Come Sept. 4, which also happens to be “Force Friday,” Star Wars fans will have the opportunity to man the controls of their own Millennium Falcon.

As Disney gears up for the release of Star Wars: The Force Awakens, which hits theaters in December, the company unveiled a Millennium Falcon drone during Fan Expo Canada in Toronto. Oh yeah, they’ll also be releasing an X-Wing starfighter, though it isn’t a drone. (It uses props that push it forward.)

Disney, perhaps, is taking its cue from some clever DIY drone pilots out there. As you’ll recall, RCGroups.com extraordinaire Olivier C. wowed Star Wars fandom when he converted his custom-built drones into air-worthy replicas of both the Millennium Falcon and a TIE Interceptor. And we can all start working on our handmade Star Wars fleet thanks to Olivier’s detailed, step-by-step instructions.

Disney’s Millennium Falcon is your basic quadcopter drone, and the body is built from high-density foam — probably want to stay indoors with this one. It’s manufactured by Air Hogs, which sells all kinds of remote-controlled toys for land or sky.

Unfortunately, we don’t yet have details on pricing or where you’ll be able to buy it, but that info is expected to come out Friday. So keep your eyes peeled for what should be an incredibly entertaining collectible.

TechnologyA Space-Age Journey into the Past with Albert Lin 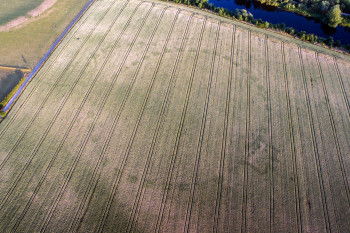 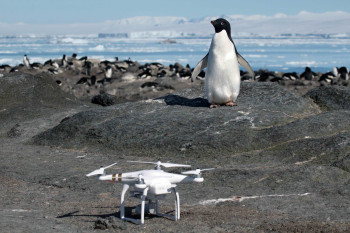 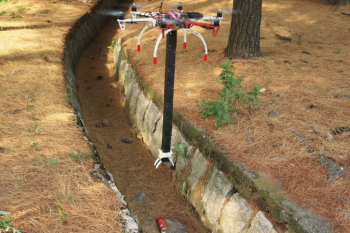 TechnologyDrones Get Grabby With an Origami Arm
Recommendations From Our Store