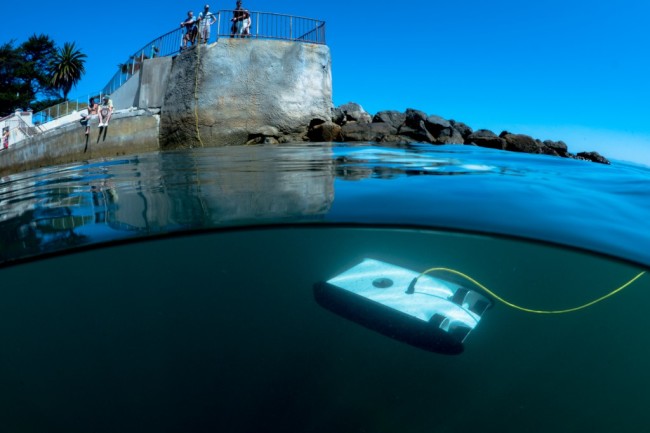 Explore shipwrecks or swim with the fishes with the Trident. (Credit: David Lang/OpenROV)

There’s a new drone poised to enter the consumer market that won’t give the Federal Aviation Administration headaches.

San Francisco-based OpenROV built a drone that will allow you to channel your inner Jacques Cousteau and explore Davy Jones’ Locker without ever dipping a toe in the water. The Trident is the first underwater drone made for the people, and it’s blowing up on Kickstarter.

Strangely, it’s much easier to explore the heavens than the depths of the ocean. Heck, just strap a GoPro to a kite and you’re golden. However, a device that can travel and film underwater is a little more complicated. That’s why undersea exploration has traditionally been a game for the wealthy or for science operations flush with grant funding.

But OpenROV, which manufactures a line of pricier underwater drones, designed the Trident with an eye on the consumer. OpenROV is aiming for a price point of $1,000 for its underwater consumer drone — most ROVs sell for several thousand dollars. Right now, OpenROV only has a handful of Trident prototypes, but the company is well on its way to raising the funds necessary to expand. The team set a $50,000 fundraising goal on Kickstarter, and as of Thursday they had received more than $384,000. They still have 45 days left in their campaign. Unfortunately, the cheapest pledge options start at $799, but you get a Trident with an 82-foot tether and topside Wi-Fi buoy.

A retail price of $1,000 is pretty comparable to a more sophisticated photography quadcopter, and the Trident looks like a lot of fun for the price. OpenROV says the Trident will feature an Oculus Rift-compatible camera so you can see the deep sea in first-person and in high definition. It will also have sensors to detect temperature, depth and conductivity. 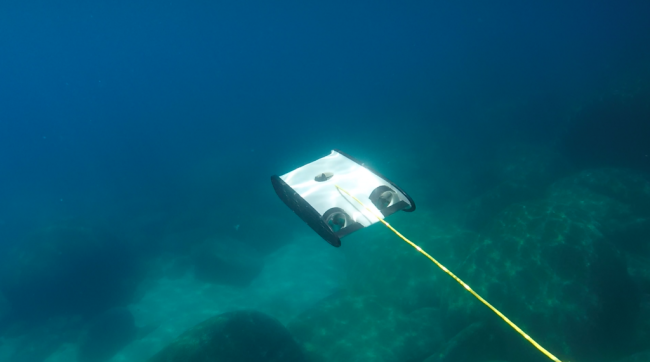 Just like drones, OpenROV believes the Trident will aid in commercial applications such as search and rescue, utilities or underwater mapping.

But personally, we’re far more excited to scout out new fishing spots or maybe discover a buried shipwreck or two. That would make the investment worth it, no?

A Space-Age Journey into the Past with Albert Lin