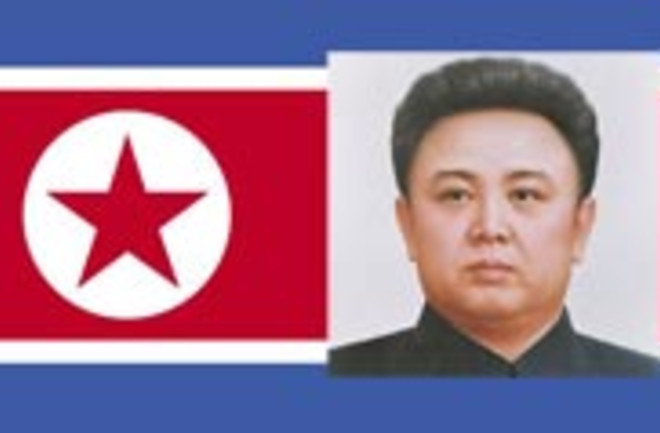 The North Korean government announced yesterday that it's preparing to launch a communications satellite on a North Korean-made rocket, a move that has been widely interpreted as a test firing of its long-range missile.

South Korea and the United States say any test-firing, whether a purported satellite launch or a missile test, would be provocative since the technology is dual-use, and would breach UN resolutions [AFP].

Experts say that the long-range Taepodong-2 rocket has a range of about 4,200 miles, which gives it the theoretical capacity to hit Alaska. But in the only previous test of the long-range rocket, in 2006, it exploded 40 seconds after launch. North Korea has insisted that the launch is a purely scientific endeavor.

South Korean news sources have reported that the rocket has not yet been moved to the launch pad, but that there is a great deal of activity around the site. North Korea has previously launched medium-range rockets over Japan in what were seen as political gestures, which caused Japan to invest in missile defense systems.

If North Korea launched another missile in the direction of Japan, it would enter airspace that is protected by Aegis antiballistic missiles, which are deployed on Japanese and U.S. Navy destroyers in the Sea of Japan and designed to intercept incoming missiles in mid-flight. As a secondary layer of defense, Tokyo is also protected by a Patriot missile system. These systems raise the possibility that a North Korean missile -- even one advertised in advance as a peaceful space probe -- could be destroyed in flight. Analysts say knocking down a North Korean missile could precipitate a much greater regional crisis [Washington Post].

World leaders have warned North Korea to call off the launch, saying that it could lead to tighter sanctions and the breakdown of talks regarding the country's nuclear program.

North Korea tested a nuclear weapon in October 2006. But experts say it does not yet have the technology to make a nuclear warhead small enough to mount on a missile [BBC News].