Newspapers May Be Dying, But Their Corpses Could Reduce Toxic Waste 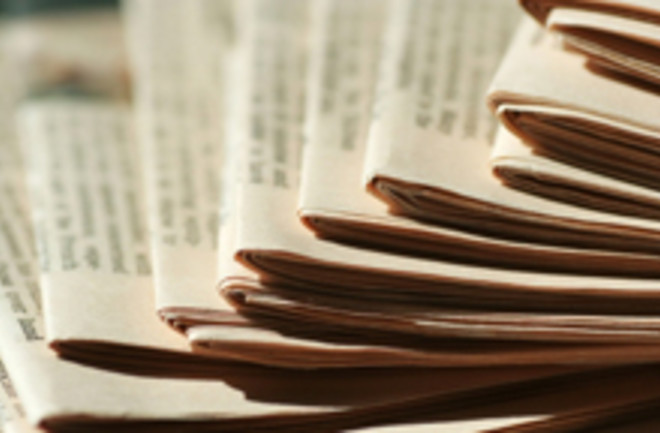 Since the onset of the new media explosion, the newspaper industry has been experiencing one of the slowest (and most discussed) demises in recent history. But according to new research out of Saga University in Japan, old newspapers could be a crucial ingredient in recovering gold and other precious metals from the rising flood of industrial waste brought on by discarded cell phones, laptops, TVs, and other consumer devices. To test their theory, the research team crushed and washed old newspapers, combined the resulting mush with a chlorine compound, then treated the chlorinated paper with dimethylamine (DMA) and formaldehyde to create a "DMA-paper gel," which they dried into a powder. After testing the gel's ability to absorb the metals in a standard industrial sample (which consisted of old metallic components dissolved in hydrochloric acid), the team found that the gel sucked out over 90 percent of the sample's gold, platinum and palladium. Even better, the gel was fully reusable afterwards. Given that we're tossing around 35 million PCs into landfills, with over three billion cell phones waiting to be discarded, the recycling and reduction of industrial waste is no small environmental issue, and a solution as simple and efficient as old newspapers could be a boon for environmentalists. Which is something even Sam Zell can feel good about. Image: iStock