Cambridge researchers have a new lettuce-picking robot. Its success underlines the challenges of automating vegetable picking. 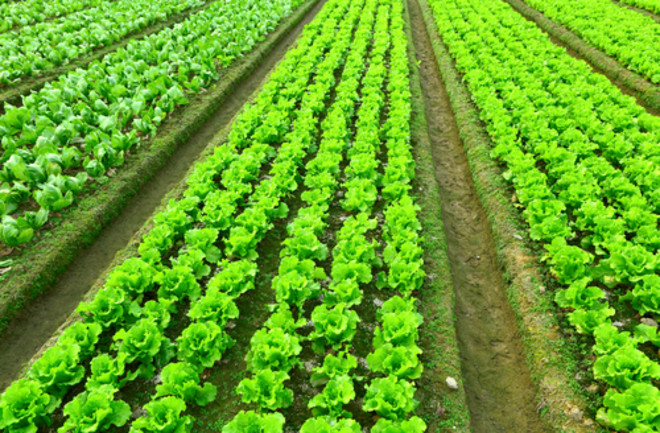 A skilled human can pick a head of lettuce every 10 seconds. Just reach down, slice a mature head off its stalk, bag it, toss it in the cart. Easy, right?

Tell that to wannabe veggie-picking robots. For them, it’s actually quite a challenge.

Earlier this week, a team from the University of Cambridge published their latest robotic veggie-picking platform: Vegebot. The study appears in the Journal of Field Robotics. The good news is, it picks lettuce. The bad news is, it’s not nearly as fast or efficient as a human.

Iceberg lettuce is a particularly problematic produce to pick. The mature heads are surrounded by visually similar immature heads, diseased heads and extra leaves. Once picked, they’re easily damaged by handling. And, the heads you see at the grocery store have had their big outer leaves removed during picking.

What’s more, there are very specific standards for how much stalk can be left on the base of the head. Just 1 to 2 millimeters — that’s not a very wide margin for error. Any more than that, you’ve got a noticeable stem sticking out — nobody wants that. But less than that, and you’re cutting into the leaves.

“Supermarkets order growers to deliver big orders at extremely short notice and it’s hard to marshall the required workers in time,” adds Simon Birrell, researcher at Cambridge University and lead author on the study. “So Vegebot allows growers to respond to spikes in demand.”

Vegebot has its work cut out for it.

Vegebot has some great qualities. It’s really quite good at identifying the pickable heads out of the sea of green it sees in its view. In trials, it detected over 90 percent of lettuce heads, and had a false-positive rate of less than 2 percent.

But, it struggles telling immature heads, which shouldn’t be picked yet, from mature ones.

And, during its final field test, it only had about a 50/50 success rate. That’s not great. Out of 69 lettuces it spotted, it tried to pick 60, and succeeded to get 31. The researchers say the failures were caused by “mechanical failures on the arm which made attempting harvesting impossible.”

But even batting 0.500 it’s slower than a human picker. Three times slower: Its average pick time was over 30 seconds per head. The researchers think the biggest slow-down was caused by the weight of its arm: a lighter or stronger one could move faster.

If this four-person team of engineers had spent their 10 days in the field picking lettuce, instead of messing with Vegebot, they could’ve picked something like 100,000 heads of lettuce. Vegebot picked “hundreds.”

The struggles of veggie-picking robots are not limited to Vegebot and lettuce. The study authors cite a 2014 review that came to the “gloomy conclusion” that “harvesting is a challenging task to automate and … almost no progress had been made in the past 30 years.” Brutal.

Birrell’s team also points out that since every type of produce is so unique, it will take a diversity of robots to automate vegetable picking. You just can’t harvest wheat, broccoli and grapes in the same way. Some crops are closer than others to having robot caretakers, but for now, just the giant row crops (corn, soy, wheat) are really harvested mechanically.

And it’s tough work. “Agricultural robotics is very different from working in the lab,” sats Birrell. “You get dust, wind, cold [and] rain.”

“In one field trial we were caught in a thunderstorm and were terrified we’d get struck by lightning,” says Birrell. “It hit a tree instead!”

Vegebot, and its produce-picking peers, are certainly on their way — but they still have a long way to go.