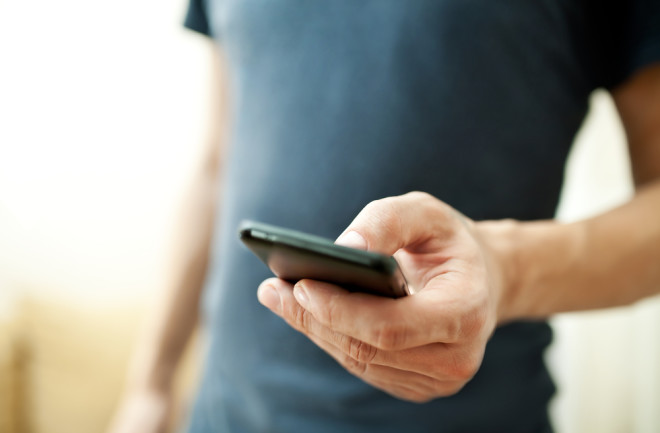 (Credit: Kostenko Maxim/Shutterstock) As smartphones get smaller, cheaper and faster, one essential component remains costly: the screen. Almost 90 percent of smartphone touchscreens utilize a rare and expensive compound called indium tin oxide, which has kept the price of such screens high. Now, researchers at Pennsylvania State University have developed a new material, called strontium vanadate, that shares the transparent and conductive properties of indium tin oxide at a fraction of the cost. The researchers detailed their findings in an article published earlier this month in the journal Nature Materials. They crafted a transparent metal composed of strontium and vanadium with an unusual configuration of electrons that allows light to pass through while retaining the electrically conductive properties of metals.

A New Way To Look At Screens

The researchers see smartphone screens, which need to be electrically conductive and transparent, as the most immediate application of their discovery. Indium tin oxide possesses those integral properties but its cost comes in around $750 per kilogram. As a result, when you shell out several hundred dollars for a new smartphone, roughly 40 percent of the cost is tied up in the screen. Both strontium and vanadium sell for just $25 or less per kilogram, according to the researchers. In addition, researchers produced the compound in a film only 10 nanometers thick, making it perfect for touchscreens. Typically, metals share their electrons freely, which allows them to move throughout the structure uninhibited, much like gaseous molecules. This gives metals their distinctive properties, such as malleability and conductivity. The electrons in strontium vanadate, a so-called correlated metal, behave more like a liquid than a gas, moving slower and interacting with each other in curious ways.

Panes of transparent correlated metal. (Credit: Pennsylvania State University) Electrons in strontium vanadate molecules exhibit stronger forms of electrostatic interaction — the forces acting between positively and negatively charged articles. These forces slow down the electrons and cause them to interact in complex ways, according to the researchers. The end result is a metal that retains its conductivity, but is less reflective when light is shined on it, making it transparent. This combination of properties makes it perfect for use in smartphone screens. The researchers also see applications for their compound in a new form of solar cells, as well as smart windows and television screens. Transparent metal sounds like an oxymoron, but you could one day be reading this story through it.