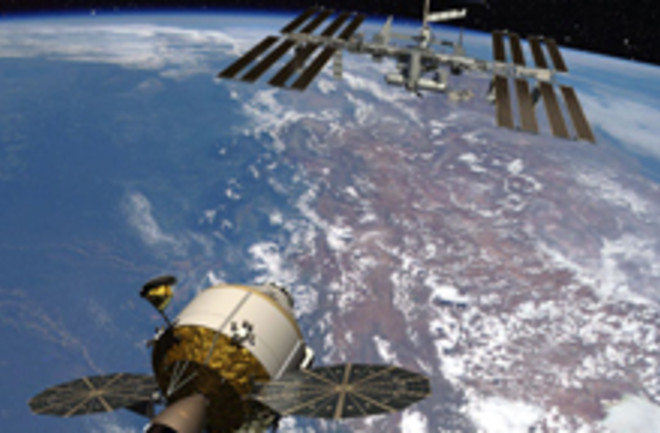 The last flight before the retirement of the space shuttles will take place in 2010, but NASA‘s deadline to launch their replacement, the new Orion spacecraft, is not until March 2015. To avoid a five-year gap between manned space missions, the agency had hoped to launch Orion a little early, but now it appears that won’t happen.

With some additional money and a lot of planning, NASA officials say it might have been possible to launch by September 2013. But the funding just wasn’t available. “The window of opportunity for us to accelerate (the moonship) is closing. In fact, this summer with the re-alignment of our schedule it’s closed,” said Jeff Hanley, the program manager for the Constellation program, NASA’s effort to develop the Orion moonship and Aries rocket that will send it aloft. “If the money is not there,” he said, “it’s not there” [Houston Chronicle].

So the agency is pushing back its earliest possible human flights by a year, from 2013 to 2014, but the commitment of 2015 for human flight in Orion has not changed [The New York Times]. Still, that leaves a long gap in which somebody needs to resupply the International Space Station now and then. Between 2010 and 2015, American astronauts will still be going into space—they’ll just have to get there on Russian Soyuz craft. Dependence upon the Russians puts NASA in a tight situation, as Russian cooperation is subject to geopolitical events out of the space agency’s control [Foxnews.com].

Eventually, NASA says, Orion will take over that role of visiting the space station, and then move on to more ambitious projects like a future lunar landing. In the meantime, hopefully the Russian and American governments can stay on speaking terms, for the space station’s sake.