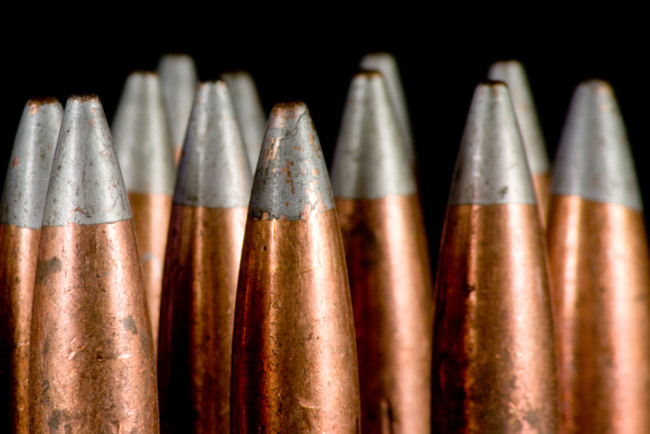 If there’s an overarching theme for weapons research at the U.S. Department of Defense research agency DARPA it’s this: You can run, but you can’t hide. DARPA researchers have recently tested homing bullets that maneuver themselves in-flight to hit moving targets from long distance. Researchers first tested the Extreme Accuracy Tasked Ordnance (EXACTO) earlier this year, and expert, as well as novice, marksmen consistently hit a target from hundreds of yards away.

DARPA isn’t spilling the beans about how their bullets work, but we do know a few broad strokes. The EXACTO is a .50 caliber round — about the size of a Sharpie permanent marker — and is used in long-range sniper rifles and machine guns. An EXACTO homing bullet utilizes a real-time, optical guidance system to identify a target and keep it in its sights. It uses some sort of onboard mechanism to control its flight and correct course in the short time it's airborne. The system, DARPA says, compensates for weather, wind, target movement and other factors with each shot. In a video released by DARPA, you can see just how effective these bullets can be. Even a novice who is unfamiliar with the system can hit a moving target from distance. 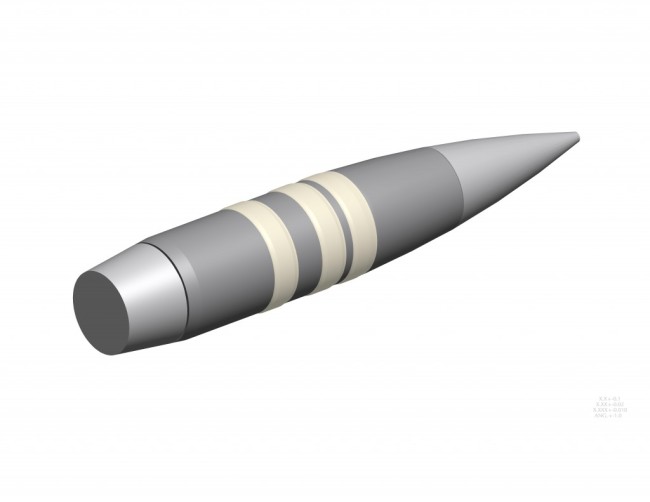 DARPA's rendering of an EXACTO round leaves much to be desired. (Credit: DARPA) The biggest challenge for DARPA was shrinking the guidance system and flight mechanisms into such a tiny package. Their latest advancement in downsizing means homing bullets could be produced for ammunition of all calibers. Arming soldiers with EXACTO rounds, no doubt, will increase their safety and effectiveness during conflicts — though it’s not clear when soldiers will start using them. The EXACTO bullet is the most recent example of DARPA's efforts to build "smart" weaponry. DARPA researchers recently announced their plans to develop swarming drone technology that gives a single pilot the ability to unleash wave after wave of unmanned aerial units and guided missiles. The agency is also designing an unmanned vessel that can independently track enemy submarines over thousands of miles. Ultimately, let’s hope humans find ways to resolve their differences long before homing bullets and swarming drones start flying.