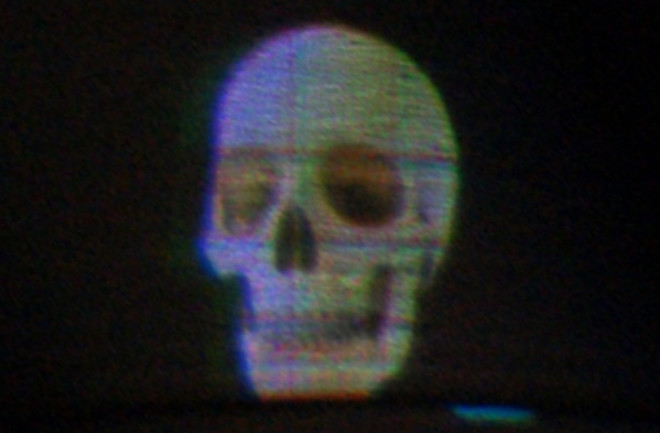 Coming to a TV screen near you... Maybe. Credit: D. Smalley Evil masterminds of the world: Don’t you just hate it when you’re trying to deliver your ultimatum via hologram and the display is all wobbly and blurry and not at all intimidating? Take heart. Science is coming to your rescue. A new method for creating holograms significantly improves image clarity and puts the technology in the price range of would-be megalomaniacs with even modest budgets. For the rest of us, the technology holds promise for glasses-free three-dimensional televisions that could actually be affordable. According to a study published today in Nature, the new holographic video monitors — with full-color, standard video resolution and displays wider than 19 inches — can be constructed for less than $500. According to its developers, the new guided-wave modulator is not only a cheap solution, but it solves many of the problems with systems currently in use: pixelated modulators that are hobbled by low bandwidth, limited scalability and interference from background “noise,” which results in an inferior image. By using sinusoidal waves rather than dedicated pixels as the basis for its holograms, the new modulator is more nimble. For example, it can create more realistic color by superimposing red, green and blue light simultaneously instead of sequentially, as pixelated modulators do. The new modulator is also easier and cheaper to build, say its developers — and, because it is an analog device, it can be operated using common, commercially-available graphics cards. The modulator, unlike other systems, allows developers to play hundreds of channels side-by-side, just microns apart. As a result, the image has greater resolution. How much greater? Researchers said their modulator supports an bandwidth of more than 50 billion pixels per second (in contrast, current systems max out with a bandwidth of 5 billion pixels per second, according to developers). Although no plans to commercially produce the guided-wave modulator have been announced, the researchers note they are already developing more advanced iterations of the modulator, capable of even greater bandwidth.