New Earbuds Let You Manipulate Sounds in the World Around You 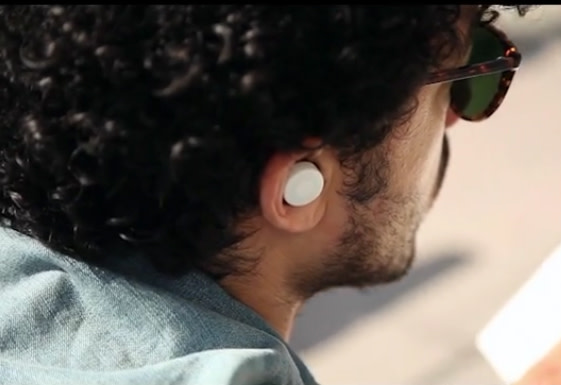 Nothing kills the experience of a five-star dinner like the shrieks of a crying baby at a nearby table. But imagine if, rather than wincing with frustration, you could simply turn down the baby’s volume? That's the promise behind Doppler Labs' latest invention: earbuds that serve as your personal audio mixer to control real-time sounds in your environment. Adjust the bass levels at a live concert. Turn your coworker’s voice up — or down. Add reverb in a small room to get a concert hall effect. Doppler’s Here buds, unveiled on Kickstarter this week, promise to allow you to choose what you hear, and how.

Here buds rely on signal processing algorithms that target certain sound frequencies as they enter the headphones. An internal microphone processes the sound waves, then a miniature speaker blasts additional waves to add, delete or alter the sound based on the chosen algorithm. Finally, a second microphone picks up the remixed sound wave and sends it into your ears. This entire process happens in less than 30 microseconds. 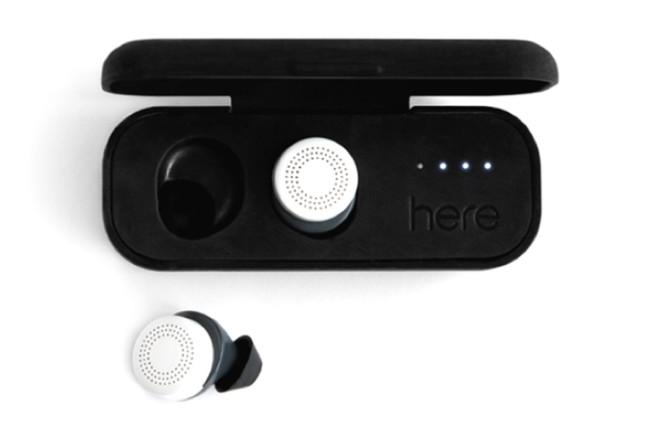 A companion smartphone app is loaded with preset sound filters and effects that essentially make Here buds the “Instagram of hearing,” Doppler says. You can choose from a variety of preset modes to cancel out jet engine noise or add a “Hendrix” filter to your day. You can even fiddle with a live music equalizer to customize the sound quality at a Phish concert. Wired’s David Pierce recently gave these earbuds a whirl with Doppler Executive Chairman Fritz Lahmen:

"As he spoke, I spun a dial on the phone’s screen, and suddenly Lanman was three decibels louder. I spun it back the other way, to -12db, and he dropped to a whisper. Then, I hit one button in the “Effects” section of Doppler’s companion app, and his words echoed a hundred times. Another, and his words reverberated like we were on stage in Carnegie Hall."

The Future of Augmented Hearing

The Here buds are still prototypes — Doppler is currently accepting donor pledges on Kickstarter, and they hope to ship 1,000 sets of Here buds to early backers by December. The buds will cost $179 now, but $249 after they are fully released. And this tech is just the first step in changing the way we hear the world. Over time, Doppler says they want to bring bionic hearing into the mainstream, and they’re using Kickstarter to reach out to a demographic of concertgoers, programmers and wearable technology fanatics who are on the cutting edge. From there, the possibilities are wide open. “As our technology becomes more powerful with each iteration (and each additional user), we open up doors for future innovation. The possibilities of what we can do with a speaker, microphone, and computer in your ear are limitless,” says Doppler’s Kickstarter page. Perhaps, in the not-too-distant future, Here buds will even serve as ear-borne translators, allowing us to understand one another regardless of language barriers. That sounds pretty great to us. Photo credits: Doppler Labs/Kickstarter