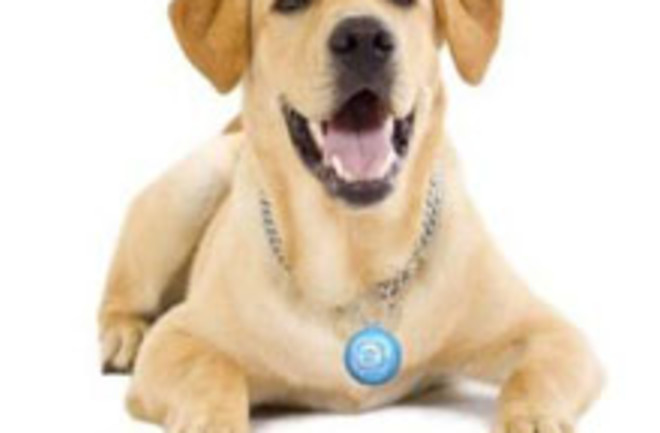 There was a time when having a pooch brought simple chores like taking the dog on regular walks, brushing its coat, and occasionally throwing a stick or prying a slipper loose from its clenched jaws. But these days, having a dog can bring strange new responsibilities--like signing the pup up to Twitter. A new product by toy giant Mattel called "Puppy Tweets" lets the whole universe get a peek into your dog's daily activities. The colorful little device hangs from your dog's collar, and when it detects movement or barking it sends a message via wi-fi to your computer. The messages are translated into pre-programmed tweets and get broadcast directly via Twitter. Your pet's twitter followers can stay up to date with the latest as he wakes, poops, and woofs. As Mattel explains:

For example, a bark may generate a Tweet of: “I bark because I miss you. There I said it. Now hurry home.” A quick run through the house could produce: “I finally caught that tail I’ve been chasing and…OOUUUCHH!” Invite your friends and family to follow your pet on Twitter and help your dog follow his or her favorite puppy pals or celebrities. Puppy Twitter lets you connect with your pet over the Internet. It’s a great way to brighten your day ‘cause a Tweet from your pooch is a virtual smooch!

But even if your puppy's tweets gain popularity, he won't be the first pet superstar on Twitter; that dubious honor belongs to Sockamillion (Sockington), a feline with a fetish for tweets. He's already racked up one and half million followers with twitter gems like this: "was my fur always thin over here OH GOD IT'S CAT PATTERN BALDNESS" Related Content: DISCOVER: Dr. Sigmund Doolittle DISCOVER: A Doctor's Best Friend 80beats: Dogs Demand Fair Play, or They Won’t Play at All Discoblog: Dog Collar Claims to “Translate” Dog Barks; Experts Are Dubious Discoblog: Looking to Immortalize Your Pet? Now You Can Turn Muffy’s DNA Into a Diamond Image: Mattel