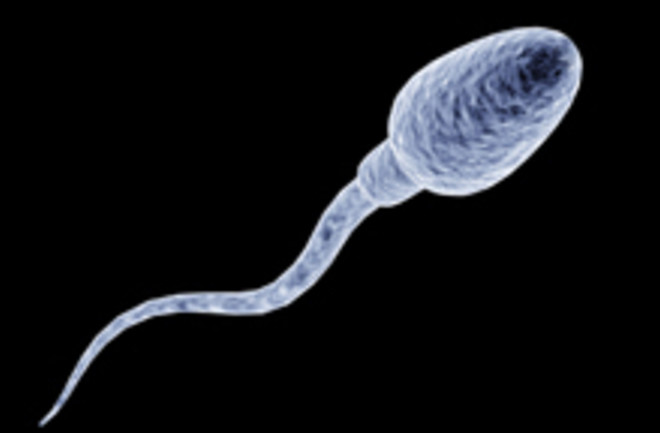 We mentioned on Monday that Bill Gates was giving $300,000 to a geoengineering scheme that would shoot seawater skyward to seed clouds. But the billionaire doesn't just wanted to save the planet and stop the AIDS crisis—he would also like to improve your sex life. The Bill & Melinda Gates Foundation funded 78 promising but offbeat projects this week, one of those gifts being $100,000 to James Tsuruta and Paul Dayton of the University of North Carolina to pursue their idea of using ultrasound as a temporary and reversible male contraceptive.

Ultrasound produces a mild heating that appears to disable sperm cells and deplete the supply of stem cells that are required to replenish sperm reserves in the testes. Post-treatment images of the rat testes showed the tubules inside the testes completely lacking in sperm with almost no immature stem cells [The Times].

The scientists have already tried the test on male rats, with promising results. With the Gates' money and more success in animal trials, they could extend this to human tests by next year, Tsuruta says.

"Our long-term goal is to use ultrasound from therapeutic instruments that are commonly found in sports medicine or physical therapy clinics as an inexpensive, long-term, reversible male contraceptive suitable for use in developing to first world countries" [BBC News].

First, however, they have to fully understand the process. It's not clear exactly how the mechanism works—we know sperm

don't like excessive heat, but the scientists say it could be heating and shaking working in combination. The Times says

that tests have show no long-term damage to the cells that produce sperm. But that doesn't mean men will line up for this treatment when and if it's approved.

Allan Pacey, a senior lecturer in andrology at the University of Sheffield, said: “There is certainly a place for an effective non-hormonal contraceptive in men, but whether men would find it acceptable to have their testicles scanned regularly remains to be seen” [The Times].

Discoblog: Warning All Male Competitive Cyclists: Less Than 5% of Your Sperm May Be Normal