New Battery Could Charge an Electric Car in 10 Minutes

A new design for lithium-ion batteries could potentially bring charging durations near the time needed to gas up a traditional vehicle. 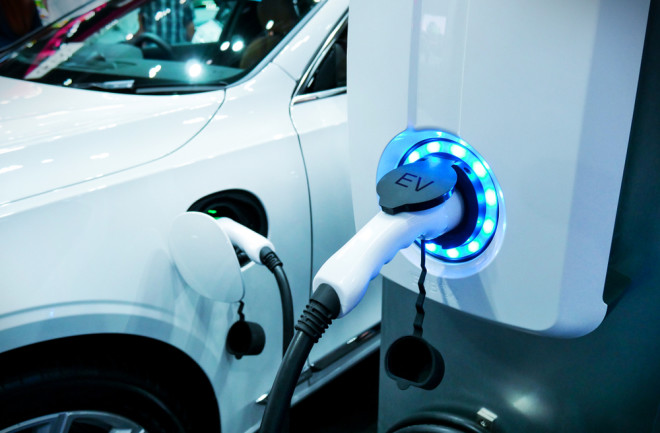 Forget the 10 hours it can take to charge your Tesla Model X. A new battery, created by researchers at Penn State, can complete a charge in as little as 10 minutes.

Described in a report published today in Joule, the new lithium-ion battery could top up electric vehicles with 200 miles of charge in a time comparable to filling up a gas-powered vehicle. The technique involves quickly heating the batteries up to 140 degrees Fahrenheit and cooling them back down to room temperature during the charge cycle.

Normally, extreme temperature fluctuations can spell destruction for lithium-ion batteries. Lithium plating can grow inside a battery if it's exposed to heat for too long, potentially causing it to short out. But by using calculated heating methods and limiting the battery’s exposure to high temperatures, the team believes they’ve found a way to help close the gap between electric and fuel-powered cars.

It's Getting Hot in Here

Batteries are typically charged and discharged at the same temperature. But by spiking the heat, researchers found they could administer a higher charge to the battery without compromising its life span.

The trick is a thin foil, made of nickel, that transfers a charge evenly to the battery cell. As researchers cranked up the temperature, they found that the foil helped prevent the battery from overheating on the outside, or having other parts destroyed on the inside.

Creating quick-charge batteries wasn’t a new challenge for author Chao-Yang Wang and his colleagues. Last year, the Penn State engineer coauthored another report describing a system that could charge a battery in 15 minutes at 122 F.

But despite promising results, there was one lingering problem: The batteries degraded from exposure to extreme heat.

And limit they did. The supercharged process, they found, could sustain 1,700 charge cycles. In subsequent battery autopsies, the researchers did not observe any lithium plating — showing that the heat, although extreme, didn't wreak havoc on the battery when it was only applied briefly.

For now, charge times for electric cars on the market remain sluggish. And battery longevity still has a ways to go. But companies like Tesla are putting money into research to create more powerful batteries to compete with traditional cars.

In September, researchers from Dalhousie University in Canada received funding from the electric vehicle powerhouse to create a supercharged battery — one they claimed could run for a million miles before needing to be replaced. Coupled with new charging methods, better battery technology and a drive to make electric vehicles last, it might not be long before 10-minute charging stations become the norm.