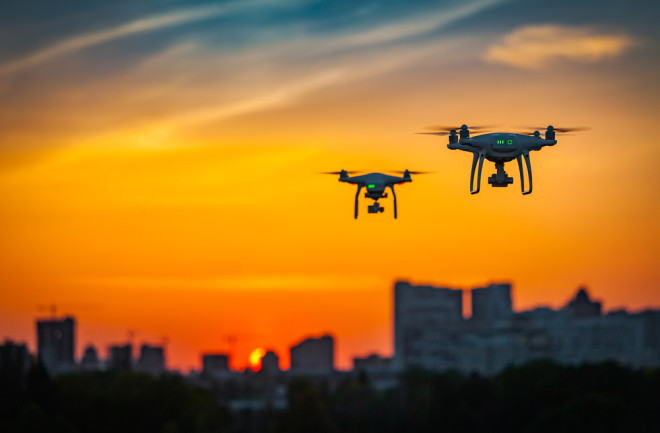 Highways in the sky are one step closer to becoming reality as NASA conducts the final planned tests of its traffic management system for unmanned drones in Corpus Christi, Texas this week. The system would act like air traffic control for drones, tracking them to help avoid collisions and ensure smooth flight paths.

Testing the cloud-based system’s capabilities in windy urban areas like Corpus Christi is one of the biggest remaining obstacles before drone traffic oversight can be transferred from the aeronautics division of NASA to the FAA (Federal Aviation Administration).

A New Era of Aviation

Since 2015, researchers at NASA, together with industry partners, have been developing a cloud-based software system to ensure safe drone flights. This system, called UTM for short, is supposed to automatize air traffic control below 400 feet (122 m). This will supplement the FAA’s existing systems, responsible for 5,000 daily airplane flights, which could not feasibly monitor the 7 million drones forecasted to be in use by 2020.

The collaborative efforts will eventually inform package and person delivery by drone and may eventually be applied to commercial planes at higher altitudes.

After the tests conclude, the team will go back to NASA’s Ames Research Center in California and look at the data.

“We are in the start of a new era of aviation,” says NASA’s UTM project manager, Ronald Johnson. “There’s a lot of anticipation of where this can go.”

Previous tests of the system have been conducted in more rural areas where it is easy to maintain visual line of sight with drones. In urban areas, buildings disrupt not only visibility but also radio communication with unmanned aircraft, requiring drones to dodge danger on their own. Skyscrapers also affect wind patterns, which can send the light aircraft careening.

In Reno, Nevada earlier this year, the UTM successfully helped multiple drones navigate around buildings to land on a five-story-high parking structure. Researchers also collected data on how drones’ batteries held up in the thinner air at mountain altitudes.

The Texas tests, which will continue until next Friday, present new opportunities for data collection. They will inform how drones handle heat, humidity and potentially losing radio signal over the ocean, according to Johnson.

The most important technological advances under assessment are how well the drones, developed by several different companies, share and respond to information from the UTM and other aircraft, says Johnson.

For example, if a tornado warning is announced by the weather service, the drones have to decide how and where to land safely. Sometimes this involves deviating from a planned flight path, which the UTM needs to notice and communicate to other drones. Whether drones can detect each other or handle losing GPS in the process are key challenges to overcome.

So far, “the drones are doing okay,” says Johnson.