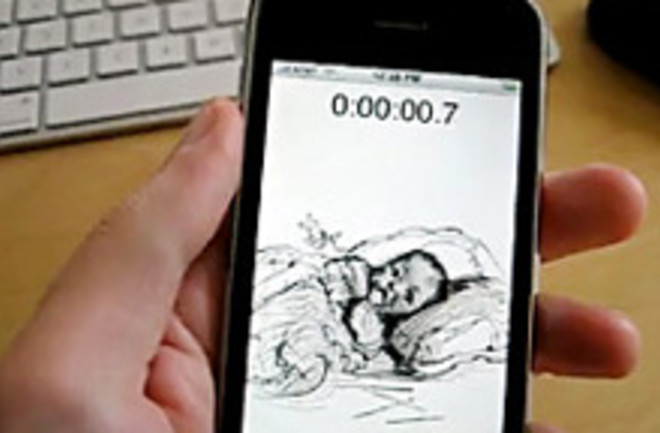 Apple has released some controversial applications for the iPhone, but Baby Shaker may be its most offensive yet. At least, it was for child welfare advocates who called Apple to protest the game, which consists of stopping a virtual baby's crying by shaking the phone until two red "X"s appear over the baby's eyes. The game, created by a company called Sikalosoft, went on sale on Monday. By Wednesday, Apple pulled Baby Shaker amid protest and outrage from the National Center on Shaken Baby Syndrome, child welfare advocates, and a mother whose son was shaken by his biological father and now has brain damage. The sales pitch for the game included, "See how long you can endure his or her adorable cries before you just have to find a way to quiet the baby down!" and does include the warning, "Never, never shake a baby." How about never, never create the temptation? Related Content: Reality Base: The Shaken Baby Debate: When Law and Medicine Collide DISCOVER: Does Shaken Baby Syndrome Really Exist? Discoblog: From iFart to iSperm: Apple Apps Go Highbrow