Microsoft Rejoins the Smart Phone Revolution With the Windows 7 Phone 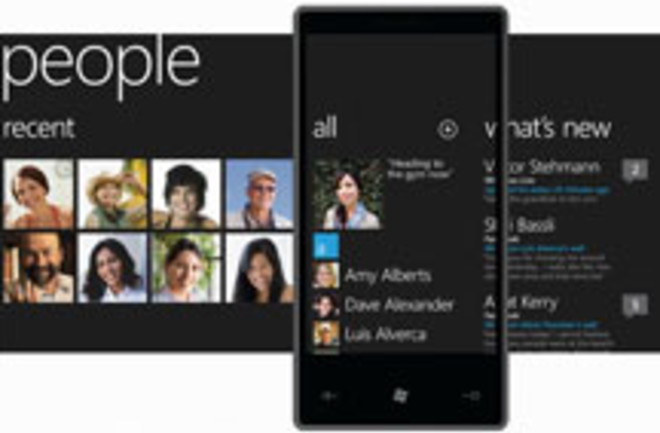 After being bypassed and outclassed by other companies in the mobile-technology space, Microsoft has announced plans to chuck its old Windows Mobile operating system and start afresh with the Windows 7 Phone Series. Judging by company's big reveal at the Mobile World Congress--and the ensuing buzz in the blogosphere--the rebooted Microsoft phone may already be a surprisingly strong contender. After the successful launch of Windows 7 operating system last year, Microsoft announced on Monday that the company will soon be launching its Windows 7 Phone Series. No date was mentioned at the Barcelona announcement yesterday, but some expect the phones to be out in late 2010--just in time to be a holiday offering.

At the phone's launch at Mobile World Congress 2010, Microsoft CEO Steve Ballmer said the operating system will integrate deeply not just with current social networking sites likes Facebook, Twitter, and LinkedIn but will also bring Xbox LIVE games and the Zune music and video experience to the mobile phone. With this phone, the world's largest software manufacturer hopes to make a serious dent in a consumer market already populated with Apple's iPhone, RIM's Blackberry, and phones using Google's Android operating software. A few bloggers who got their hands on the Windows 7 Phone Series report breathlessly that the display is like nothing they have seen before. The interface, they say, is clean and simple with no busy backgrounds, no drop-shadows, shaded icons, or faux 3-D.

The whole look is strangely reminiscent of a terminal display (maybe Microsoft is recalling its DOS roots here) -- almost Tron-like in its primary color simplicity[Engadget].

Content is organized in "hubs"--and unlike the iPhone, where users have to switch between different apps for Facebook and Twitter, you can use one "hub" for different accounts without leaving the home page.

Hit up a contact in the People hub and you have everything relevant, from their contact details (tap to call) to their Facebook or Twitter status. It’s surprisingly natural [Wired]. The "Pictures" hub integrates pictures from your social networks and your PC, making them all available in one single place--your Windows 7 phone.

The Windows 7 phone also delivers the first and only official Xbox LIVE experience on a phone which allows access to games and other sources of entertainment (like Netflix) that can be streamed using Xbox LIVE. However,

Microsoft will be relying on the likes of Dell, HTC, HP, LG, Samsung, Sony-Ericsson, and Toshiba to build phones around its software. Microsoft has laid down some guidelines on what the phones that are built around its software will look like. Each of these companies, however, will want to make its product unique. That could make the iPhone's tight integration between software and hardware difficult to replicate [Forbes].

Microsoft says the phone is still a work-in-progress, and though it doesn't appear to be quite the game-changer that the iPhone was, experts say the new phone is cool enough to shake up the smartphone market. They also predict that the big gainer in all of this will be Microsoft's own search engine Bing, which ties in with the new phone and also, according to rumors, may become the iPhone's default search engine.Check out the hands-on preview here: Related Content: 80beats: Google Buzz: The Search Giant’s Attempt at a Facebook-Killer 80beats: Apple’s “iPad” Tablet: It’s Here, It’s Cool, and It’s Slightly Cheaper Than Expected 80beats: 5 Buzz-Worthy Storylines from the Consumer Electronics Show 80beats: Amazon’s New Kindle E-Reader Aims to Shake Up Academia and Journalism Discoblog: Weird iPhone Apps (our growing compendium of the oddest apps out there) Image: Microsoft