Michigan is First to Get Statewide Approval for Police Drones 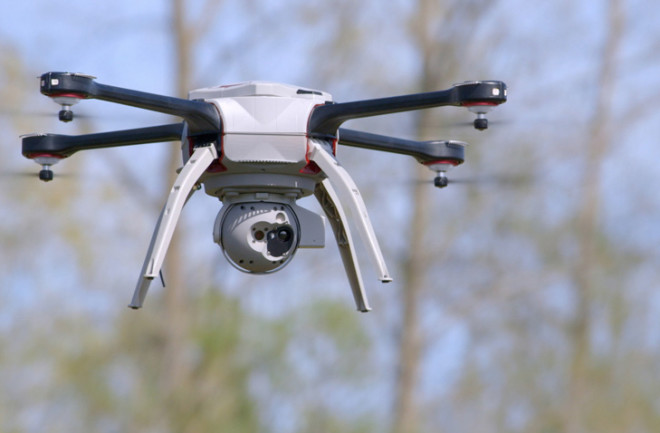 This is the Aeryon SkyRanger, the drone that Michigan State Police can now deploy anywhere in the state. (Credit: Aeryon Labs Inc.) After getting authorization from from the Federal Aviation Administration, the Michigan State Police represents the first law enforcement agency in the United States that can use drones in every corner of the state. Officers can now deploy surveillance drones to assist with operations at the scene of major accidents and other crimes. The State Police earned the approval Feb. 25 after FAA officials visited Michigan earlier that month to review the program and its safety procedures. According to the Detroit Free Press:

“The approval makes the State Police the first in the nation to have a statewide authorization to fly, though there are still restrictions. The drone is prohibited from flying within five miles of an airport for safety reasons, though in emergency, permission could be granted on a case-by-case basis.”

The FAA’s approval in Michigan reflects the growing role aerial drone units are playing in police work. Before Monday’s approval, individual police departments across the country needed to apply for a Certificate of Authorization from the FAA, which often comes with stringent guidelines about how, where, when and for what purpose police drones can be flown. Even if a department’s program is approved, it only pertains to a department’s jurisdiction. The Michigan State Police, however, can use their drone anywhere in the state. In 2013 the State Police purchased a $158,000 Aeryon SkyRanger that is fitted with a high-definition, infrared camera and can stay in the skies for about an hour on a single charge. The State Police have already been training with the drone for over a year, according to

The SkyRanger will streamline multi-car automobile accident investigations, such as the 193-car pileup that shut down Interstate 94 between Battle Creek and Kalamazoo for two days in January. The drone’s camera can take hundreds of photographs of the scene and sketch a three-dimensional map of the crash. State police say they’ll also use the drone to find missing people, scout natural disasters and conduct surveillance. Their drone was already deployed on March 4 to photograph a fire investigation near Jenison.

Naturally, when police add a new surveillance tool to their arsenal, civil libertarians will raise red flags. Groups like the American Civil Liberties Union worry that police drone programs lead down a slippery slope toward overreach and unwelcome surveillance tactics. The ACLU has called for strict limits on where drones can be deployed, and it is firmly opposed to equipping drones with lethal or non-lethal weapons. The Michigan State Police worked closely with the ACLU of Michigan while developing its program, and a spokesperson told WOOD-TV that state’s program doesn’t raise any red flags:

“We have no qualms really with the state police,” said Shelli Weisberg, legislative affairs director for the ACLU of Michigan. “We understand it’s a good tool for them to use for accident reconstruction.”

The State Police has a strict internal policy for operating its drone. The device will always be flown with a two-person crew, below an elevation of 400 feet, and always within the crew’s line of sight. In the first issue of Drone 360, we look at police departments across the country experimenting with drone programs. Now it's your turn to weigh in: Would you like your local police department to use drones? Take our survey now.